Mini Cooper’s Transparent Concept Unveiled, This Is The Future Of Mobility! 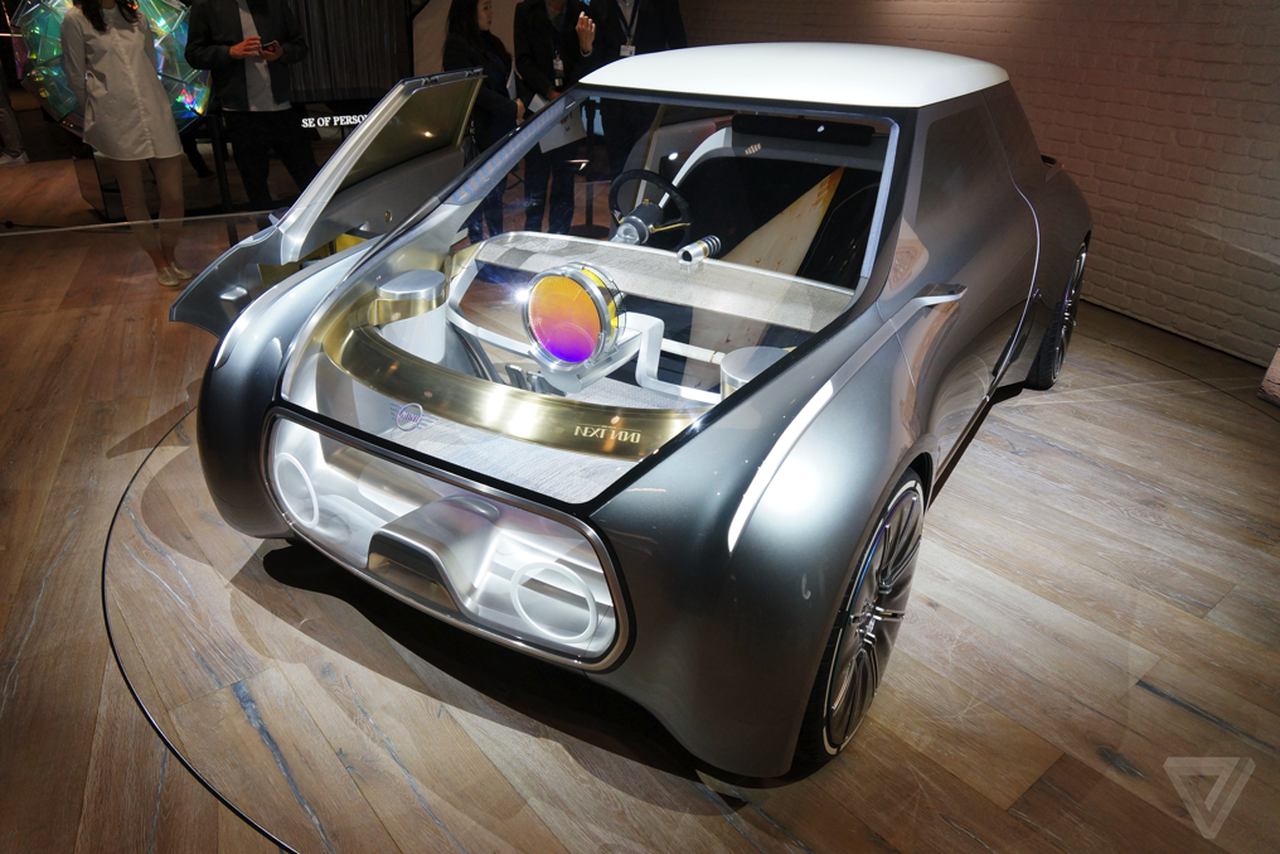 ‘The NEXT 100 years’ is the BMW group’s centenary motto. Today the company arrived in London for its world tour and this event brought with it two amazing futuristic cars from two famous British brands, Rolls-Royce and the Mini Vision Next 100 concepts.

The design of the concept mini is impossible to ignore with its remarkable lucidity and its elegant interior. Unlike the other cars that have instrument clusters, the Mini just has a single bar. This bar has two components on it, a sliding steering wheel that can be exchanged between passengers and an iconic circular speedometer. A circular arrangement is in place where the engine is generally located. The mini is an electronic vehicle and reaffirms BMW’s firm belief that the future of mobility is in electric cars.

Mini concept car is all about ride sharing

The user interface of this electric beauty is completed with projections on the road in front of you. This interface is juvenile, playful with all its flashy lights and bright colors and quite clearly targets a youthful audience.

“Every Mini is my Mini” is the tagline that follows this concept car and when you dig deeper into the intricate workings of this concept you realize why. This concept revolves around car-sharing. The basic idea is that you don’t need to own a Mini. The mini arrives at you location via a location based app and is ready for your use. The car adapts to whoever is using the vehicle. The silver exterior acts as a projection screen and allows the user to change color and patterns on the fly.

Once the user sets their preferences, the data would be stored on a cloud and restored automatically to the Mini that you use. Thus, the car’s designer Anders Warming claimed that the Mini you use in London would be the same as the one you use in New York.

In the BMW Vision Next 100 concept, The Al assistant was referred to as the “companion”. It is now called the “Cooperizer”. BMW says that while on the move the driver has the ability to influence the Cooperizer’s decision making, as the rotary controls allow adjustments to the driving mode as well to the interior ambience of the car. “Inspire Me” is a button on the Cooperizer that configures the car in a manner that provides various inspirational themes to the driver. As an example, the car has the ability to impersonate some location you recently travelled to, say an art exhibition. BMW even suggests going into high-performance mode, where you could just enjoy yourself on a super twisty road.

It sounds a little far out, but the way the auto industry at large is taking the concept of car sharing to heart. BMW recently launched its ReachNow service in Seattle and is planning on rapid expansion into various markets worldwide. Mini Coopers are among ReachNow’s inventory.

The Mini Vision Next 100 and the Rolls Royce are expected to be on display at the Roundhouse in London through June 26th.

Check out the gallery for pics (@The Verge)