Telltale Games is concocting a fantastic journey through the destructible world of Minecraft, looking to bring a unique story to a game where you usually make your own, literally from the raw materials. The release date has now ended up being very specific on Amazon for $29.99. 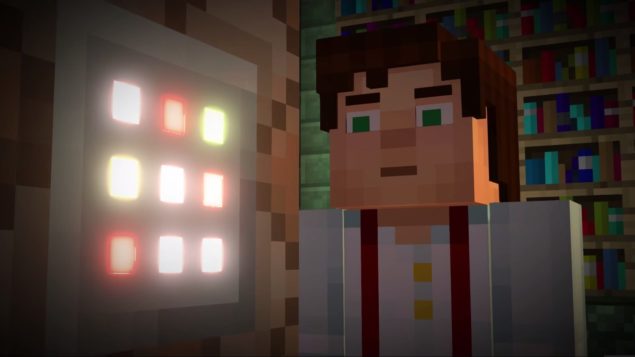 Minecraft: Story Mode is coming out on October 27th in the US and October 30th in the UK.

As can sometimes be the case, Amazon has spilled the beans once again on the potential release date. At times a generic December date is given for those games where a release date isn't really known, but this might very well be legitimate.

Similar to other adventures from Telltale Games, Minecraft: Story Mode is going to be released episodically, with the first episode being the prologue that introduces us to Jesse and his band of friends as they go forth to find the Order of the stone. It's said to combine the novel crafting atmosphere of Minecraft with a fantastical story.

When released, Minecraft: Story Mode will be available on the Xbox One, PS4, Wii U, PS Vita, Xbox 360, PS3, Android, iOS and the PC. Look for more news concerning the new way to enjoy Minecraft right here. We'll bring you more news as soon as it's available.