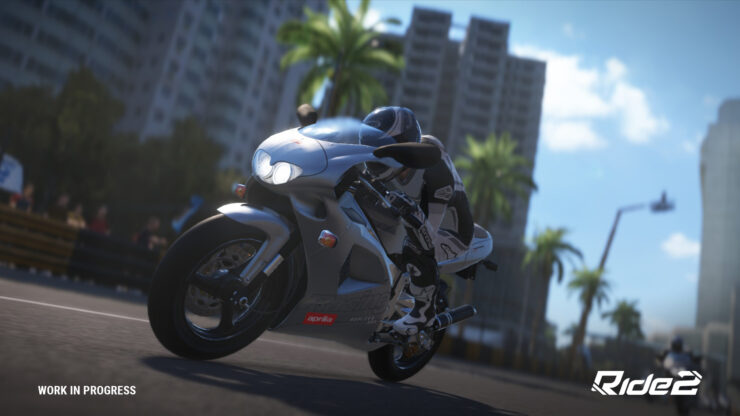 Today is the big day of Sony's PlayStation 4 Pro console, which is launching globally for $/€ 399 and £349. The latest game to add PS4 Pro support is Ride 2, developed by Milestone.

The Italian studio (which has a long history of developing racing games, from the Superbike games in 2000 to WRC 1-4, MotoGP 13-15, MXGP 1-2, Valentino Rossi: The Game and Sebastian Loeb Rally Evo) announced this via press release today, adding that Ride 2 will run at 4K (3840x2160, also known as 2160P) and 30 frames per second on the PlayStation 4 Pro console.

Ride 2 released on PlayStation 4, PC (via Steam) and Xbox One on October 7th, 2016. The game got a better reception than its predecessor so far, with our own Chris Wray rating it 7.5/10.

All things considered, Ride 2 isn’t a bad game at all. Milestone have certainly improved from their last outing and they can genuinely be proud of the way that they’re taking their first original IP. They certainly have room for improvement, but the series is on an upward trend, which is always better than stagnation. It’s a good game, that much is true. The blemishes and imperfections only make it clear that Milestone need to move onto a new engine to let them take their games to a new level.

Until that day this is the best motorbike racing game available. A huge variety of bikes to choose from, their customization options, a large number of tracks and type of races to experience just set this apart from the rivals. Though, frankly, there are no real rivals to contend with. What helps the game is that it has such a huge roster of bikes, extensive customization options and a variety of tracks and race types to experience.

If you bought the game, you'll be happy to know that Milestone promised free DLC packs until July 2017 at least. Going back to the PlayStation 4 Pro, though, are you going to buy it today or not? Let us know in the comments!