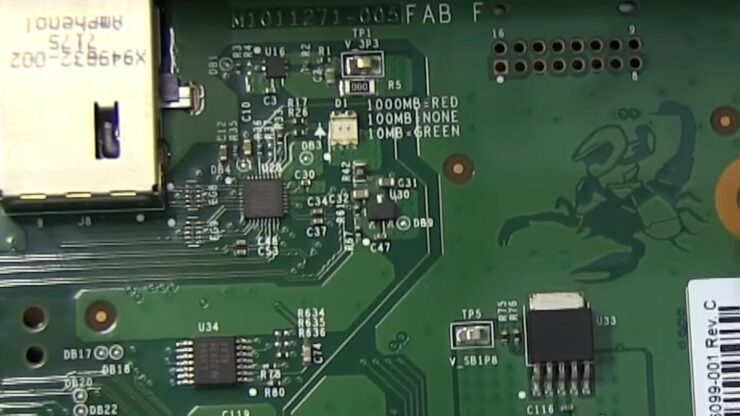 Every Xbox One X console has been manufactured with a drawing of Masterchief riding a scorpion on its circuit board.

The Masterchief drawing was highlighted by Unocero, a Spanish technology YouTube channel. You can watch the video down below:

A nice detail to Microsoft’s upcoming enhanced Xbox One console. Most players won’t get to see the drawing however, as opening up the Xbox One X console voids its warranty. As expected, the drawing is a nod to the console's initial codename - Project Scorpio.

As covered last year, the Xbox One S has also been stamped with a tiny Masterchief image inside.

The Xbox One X will release globally next month on November 7 for $499.99 USD.