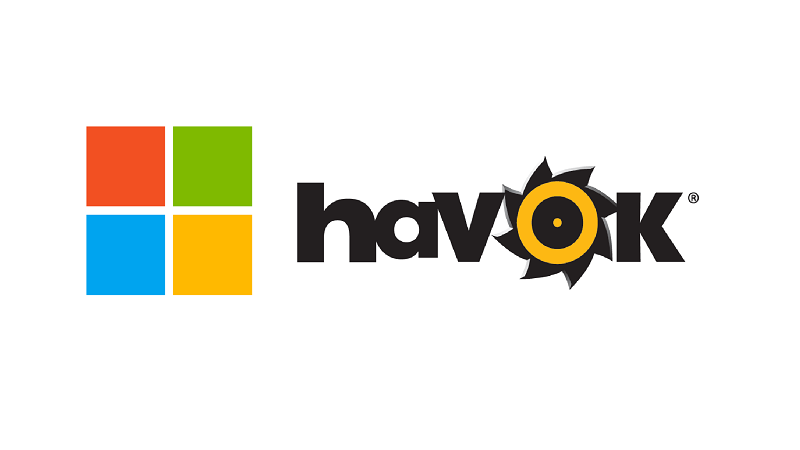 You might recall that in October 2015, Microsoft announced the acquisition of Havok, the historic company behind the most used physics middleware in the gaming industry.

At that time, Microsoft hinted that Havok's middleware would be integrated into developer tools such as the DirectX 12 API.

As we welcome Havok to the Microsoft family, we will continue to work with developers to create great gaming experiences, and continue to license Havok’s development tools to partners. We believe that Havok is a fantastic addition to Microsoft’s existing tools and platform components for developers, including DirectX 12, Visual Studio and Microsoft Azure.

Havok shares Microsoft’s vision for empowering people to create worlds and experiences that have never been seen before, and we look forward to sharing more of this vision in the near future.

Well, it's not exactly the near future since it's been a year and a half since that announcement. We could be finally closing in to the reveal, though, possibly at Build 2017 or E3 2017, with Microsoft trademarking Direct Physics.

A Direct Physics API integrated into DirectX 12 could potentially do wonders in helping game developers, with physics simulations constantly getting more complex in games nowadays.

With DirectX 12 now being used on both Xbox One and Windows 10 PC, one also has to wonder how this could help Microsoft's upcoming Scorpio console. We already know that DX12 has been integrated into the commander processor of the GPU for maximum efficiency.

Curiously, this is not the first time that the Microsoft floated the idea. In fact, back in 2006, there was a job posting for a Software Design Engineer that would join the "Direct Physics" team.

The Windows Graphics and Gaming Technology group is looking for a software design engineer to join a growing team responsible for developing Direct Physics. This team is responsible for delivering a great leap forwards in the way game developers think about integrating Physics into their engines. Physics and real time, accurate simulation is a key part of the next generation gaming experience, bringing increased realism, greater immersion and more interesting experiences.

That evidently didn't work at the time but with Havok's expertise, Direct Physics could become a reality very soon. Stay tuned to Wccftech for any official announcements.

Remedy: A Lot of Effort Going Into Quantum Break PC; Tearing & Other Issues To Be Fixed