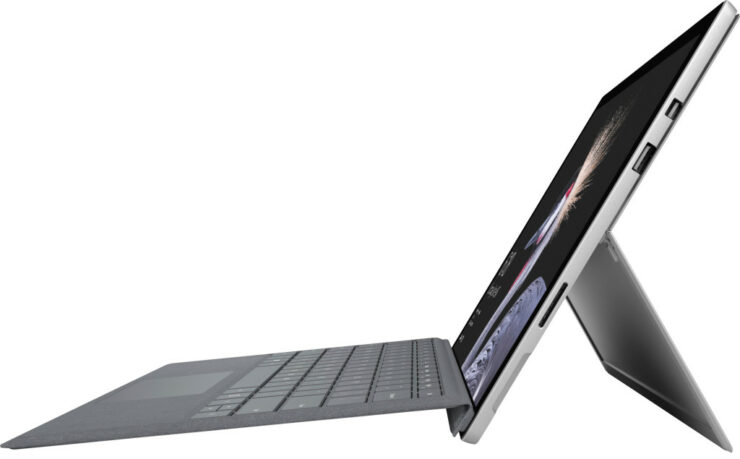 Well, well, well. It's time to pop the cherry on Microsoft's successor for the Surface Pro 4. Redmond's got a good thing going for it with the lineup. For a company's whose strength is software, Microsoft has got the hardware/gadget equation just right. The Surface Pro and Surface Books offer a good combination of aesthetics and hardware, and now, let's take a look at what to expect from the 'Surface Pro 5'. We've got some leaked renders for you today, so take a look below to find out more

Today's post isn't about hardware. It's about design, and there isn't much to talk about. Microsoft's design approach with its Surface lineup has been consistent. The latest addition, the Surface Laptop, adds to the simplistic tech design epoch. Minimalism in aesthetics is a must have for anyone looking to carve out a nice space in the gadget sphere. The Surface Laptop follows it religiously, as we've got the bare minimum of ports and a razor-thin chassis.

However, Microsoft's running out of ideas with the Surface Pro 5. Today's renders, courtesy of Evan Blass, present very little upgrades for design. The strong suit of the lineup is design, as the tech world yearns for an effective hardware and design combination. By design, we mean external aesthetics. Microsoft will hold its event in Shanghai, China next week and Blass has managed to get his hands on some renders of the Surface Pro 5 today.

An ordinary observer looking at the images above will conclude that they belong to the Surface Pro 4. Microsoft's run out of design ideas and will rely on hardware to sell its upgrade of the Surface Pro lineup this year. These images also coincide with an earlier render leak on the company's website. It also showed a device that resembled the Surface Pro 4, albeit with the title 'Surface-Pro-5-z'.

You'll be able to get the pen and keyboard in a variety of color options, so that's a plus. However, for the ordinary user, Microsoft's Surface refresh won't do much, and will not provide a good incentive to upgrade. The company's launching its refresh to ensure that the name stays alive for another year. After all, things move fast in the tech world. Thoughts? Let us know what you think in the comments section below and stay tuned. We'll keep you updated on the latest.