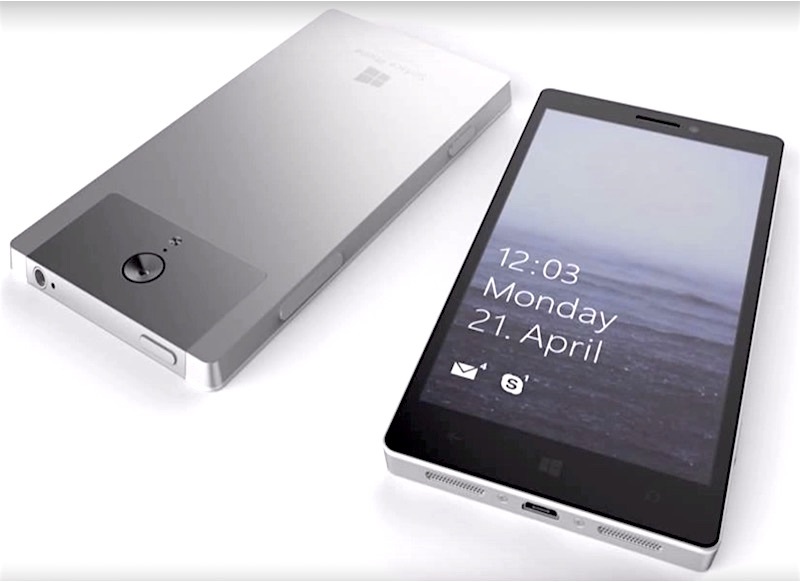 As a company, Microsoft's strength has always been software. Redmond's operating system runs on the majority of computers worldwide. Its foray in cloud and analytical services has also started to see some wins lately. The Surface Pro and Surface Book lineup combine hardware and design specifications in an efficient manner. With smartphones, the company's failures have been well publicized. Its decision to acquire Nokia and leverage that into mobile dominance didn't pan out as many would've hoped. Now, we're hearing a lot about an upcoming Surface Phone from the company. Some more information on the device has surfaced. Take a look below to find out more.

To make it in the mobile world, you've got to focus on multiple aspects of a device at the same. Performance, design, battery life and price are variables which require a combined execution for top level marketing performance. To that end, we've seen both Apple and Android evolve over the past couple of years. Samsung and others have started to pay a stronger focus on design, while Apple's just switched to big.LITTLE for the iPhone. Now, it looks like Microsoft will also make a strong entry in the smartphone spectrum.

As mentioned above, the company's Surface lineup has combined design and performance effectively. The Surface Phone will be the next gadget from Redmond that will borrow from Microsoft's strengths on its tablet and portable notebook lineup. Some information from the Chinese forum Baidu has surfaced today. It provides both visual and specification details for the Surface Phone. Take a look below. 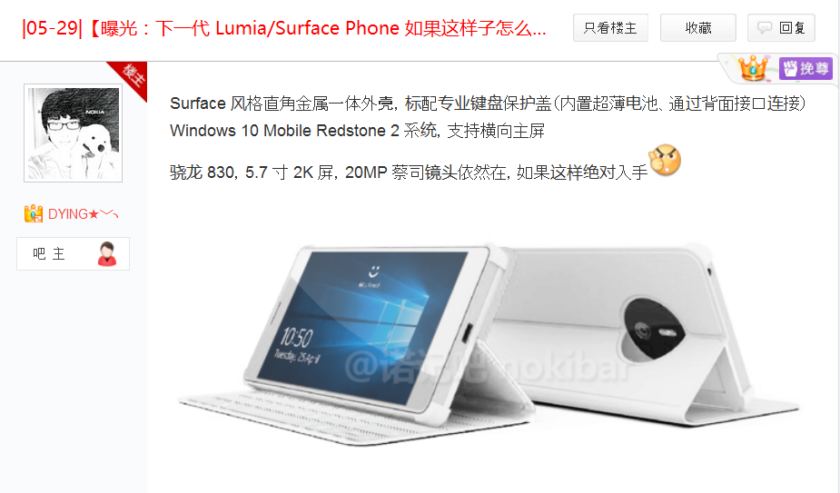 Before evaluating anything, keep in mind that the information above was posted in May, so it might be outdated as of now. That being said, we do get to take a good look on what to expect from the Surface Phone. The device is rumored with a 2017 launch date, yet we've also seen rumors related to it being cancelled by Microsoft. Focusing on the information at hand, the device is listed with a 20MP rear camera, a 5.7 inch screen, 2K resolution and the Snapdragon 830.

Should Microsoft launch the device with these specifications and a focus on productivity, we're sure that the device will do well. The Surface Book and Surface Pro lineup were well received all around, despite their high price. In the tech world, if you want top level performance, you're going to have to shelve out some serious bucks as well. It's a fact that Apple's exploited expertly for a while and looks like Microsoft might be catching up as well. Thoughts? Let us know what you think in the comments section below and stay tuned for the latest.