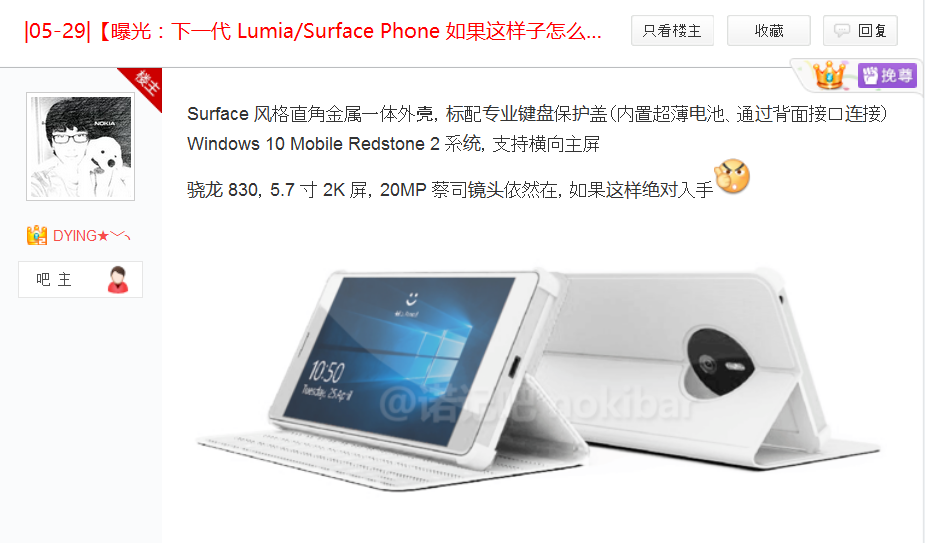 When we talk about smartphones, Microsoft's Surface Phone has not been a regular feature on the rumor mill. It's the Galaxy S8 and the iPhone 8 which make the majority of appearances. This is despite the fact that the latter is more than half a year away. Still, the mill hasn't been completely silent for the Surface Phone. We've seen some details surface, which suggest a much different device from Microsoft's Lumia lineup. The company's had a lot of success with the Surface Pro and the Surface Book. It's the translation of this approach in the smartphone arena that we're looking forward towards. Today, some alleged images of the device have surfaced. Take a look at them below.

Microsoft's approach with the Surface lineup has been very impressive. Redmond's created its own sphere of enterprise combined with sleekness for design approach. Both the devices feature a sleek design and feature impressive hardware specifications. The Surface Book in particular comes with sharp corners and hinge that's managed to become its defining feature.

Now, with the Surface Phone Microsoft's looking to take a similar approach. Today's images provide us the first visual details for the device. The company's taken an unusually flat approach for a smartphone. It stands in sharp contrast to what's present in the current flagship market, particularly when it comes to the iPhone and Samsung's Galaxy S lineup. Take a look at the images below.

The source of these images is noted leaker Evan Blass, so we'd be inclined to take them at their face value. As you can see, the Surface Phone appears to resemble the Lumia lineup by quite a lot. For starters, the flat approach is still present, even though the screen appears to be quite larger. The Surface Phone is designed strictly for business and looks to further consolidate Redmond's Windows 10 platform.

It's a sleek design that should entice users who prefer bare minimalism and performance over looks. Evleaks also 'hints' that we might get a notebook class Intel processor under the Surface Phone's strict exterior. While we'll have to wait to see how true that turns out to be, the Surface Phone is looking to be a different approach from what other companies are offering. End success will depend on how well Microsoft manages to differentiate the device in terms of features. Thoughts? Let us know what you think in the comments section below and stay tuned for the latest.