Microsoft will Release New Unannounced Xbox One Exclusives in 2014

The most anticipated Microsoft exclusive Xbox One title that will be coming this year is known to be Titanfall, which will launch next month. But it is clear that other than Titanfall, Microsoft has planned several exclusive titles for its latest gaming console. Recent tweet from Phil Spencer clearly reveals that more unannounced Xbox One exclusive titles are coming in 2014. 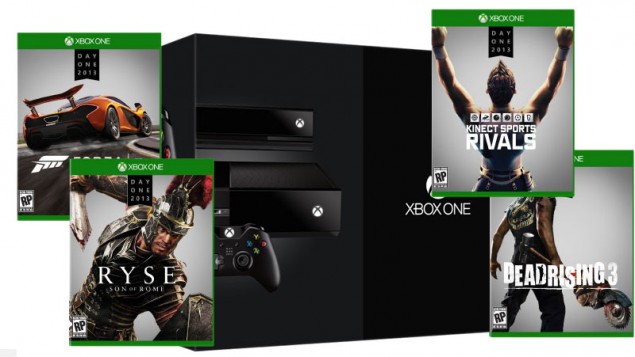 More Unannounced Xbox One Exclusives Confirmed For Release in 2014

Exclusives are very important for progress of a gaming console. Both Xbox 360 and PlayStation 3 had their fair lineup of exclusive video games, several of which became famous and renowned in the gaming industry. However PlayStation 3 and Xbox 360 don't matter much now compared to next-gen consoles. Both Sony and Microsoft are paying most of their attention to their latest consoles.

It is clear that the next-gen consoles will be getting more exclusive video game titles than the current-gen. If Microsoft wishes to take Xbox One further ahead, it will have to make sure that the console gets some quality exclusive video games. Well, it looks like the manufacturer has already planned some surprises for Xbox One users.

Answering a fan on Twitter, Microsoft Studios corporate vice-president Phil Spencer assured Xbox One users that the next Halo or Titanfall are not the only exclusive they will be getting on the company's latest console. Spencer clarified that there is more to the list of Xbox One exclusives that will be coming out this year.

@cotugnovincenzo Had to think about this: out this year, unannounced and exclusive. Yes.

This clearly indicates that other than the already announced Xbox One exclusives, Microsoft has more games to reveal only for Xbox One. However, this is unclear that whether Spencer was talking about multiple titles or just one. It could be that the rumored Halo 2 Anniversary is really coming out this year on Xbox One. For now, this is the only what we know about upcoming Xbox One exclusive games. Stay tuned for more news on this topic.