Microsoft have spilled the beans on their next generation DirectX 12 API which will be announced and discussed by the software giant at GDC 2014 on 20th March. Microsoft's DirectX 12 is being developed in collaboration with NVIDIA, Intel, AMD and Qualcomm which are the leading hardware manufacturers of tech industry. 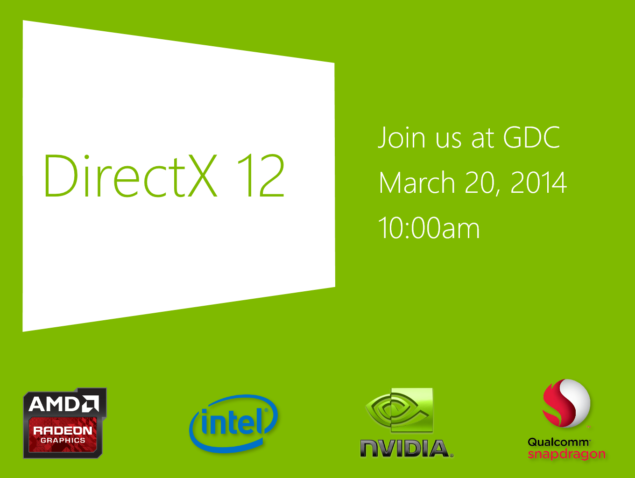 AMD's Mantle was said to be a disruptive force and is being adopted by several game developers this year with the recent additions including Battlefield 4 and Thief (yet to be patched with Mantle). There are several in the pipeline but Mantle has now got an answer from the tech industry's biggest name, Microsoft. While the DirectX 12 announcement is a great, AMD should also be credited for bringing in the concept and delivering a low-level API which works to dig into the core of a PC hardware and gain its full potential in the form of reduced CPU over-head and increased performance plus scaling. It has proved to be a disruptive force as said by Star Swarm's dev Oxide games by forcing Microsoft and OpenGL to release a similar API as their vision.

Microsoft's DirectX 12 will take a different approach for reducing the CPU overhead but the concept is similar. In addition to the low-level access to hardware, DirectX 12 would also deliver rich and Immersive visuals in the form of enhanced tessellation, lightning effects and several other technologies which one may expect from the briefing on 20th March. We may see a HSA type software level control which allows hardware to run in a more unified way and a physics co-processing application to reduce load from the CPU and transfer it on the GPU. AMD and NVIDIA currently does this by their own PhysX and TressFX schemes.

For nearly 20 years, DirectX has been the platform used by game developers to create the fastest, most visually impressive games on the planet.

However, you asked us to do more. You asked us to bring you even closer to the metal and to do so on an unparalleled assortment of hardware. You also asked us for better tools so that you can squeeze every last drop of performance out of your PC, tablet, phone and console. Microsoft

With NVIDIA, Intel, AMD and Qualcomm in the line, Microsoft have assembled a wide assortment of hardware which will enable support for DirectX 12 for GPUs on desktops, mobility and integrated parts. Next generation Snarpdragon chips with DirectX 12 support is a massive news since mobile chips currently only focus on OpenGl support for gaming mostly. OpenGL is getting improvements similar to Mantle in the future and more details to be expected in the upcoming months.

Come learn how future changes to Direct3D will enable next generation games to run faster than ever before!

In this session we will discuss future improvements in Direct3D that will allow developers an unprecedented level of hardware control and reduced CPU rendering overhead across a broad ecosystem of hardware.

If you use cutting-edge 3D graphics in your games, middleware, or engines and want to efficiently build rich and immersive visuals, you don't want to miss this talk. Microsoft

There's no doubt that Microsoft DirectX 12 would be huge for the gaming industry and developers who want ease of access to hardware. It will take some time for games to adopt DirectX 12 as was the case with Mantle that it took four months for the first title to launch with support of the new API. We can even expect a few technical demonstrations by Microsoft at the event plus a secret IP launch as Microsoft had previously hinted that they would be bringing 'beloved franchise' to Windows OS so something about that would be great to see. We will keep you updated with more information on DirectX 12 so stay tuned. 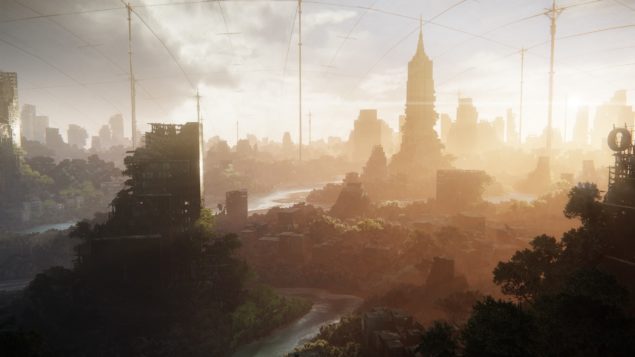 “..discuss future improvements in Direct3D that will allow developers an unprecedented level of hardware control and reduced CPU rendering overhead across a broad ecosystem of hardware. “

“You asked us to bring you even closer to the metal and to do so on an unparalleled assortment of hardware. You also asked us for better tools so that you can squeeze every last drop of performance out of your PC, tablet, phone and console.”

“…present high-level concepts available in today’s OpenGL implementations that radically reduce driver overhead–by up to 10x or more. The techniques presented will apply to all major vendors and are suitable for use across multiple platforms.”