Microsoft is Cutting Xbox One S Prices on Select Bundles 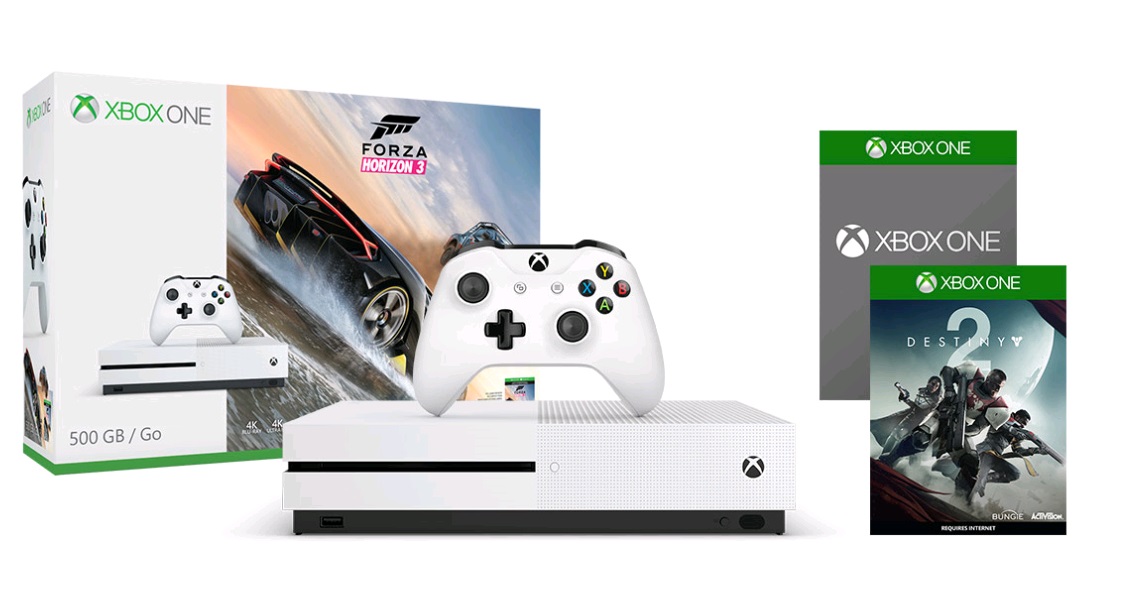 Microsoft is slashing prices on select Xbox One S bundles on its US store.

In addition, Microsoft is offering a various Xbox One S bundles with two bonus games, including the upcoming Destiny 2, for only $249.00USD as well.

For those in the US looking to purchase an Xbox One S console, we suggest you check out the official Microsoft store.

Microsoft announced and released the Xbox One S last year. The console is 40% smaller than the original Xbox One console. "Xbox One S is not just slimmer and sleeker", Microsoft said last year.

"We also worked hard to add some exciting new features for video and gameplay. You’ll now be able to watch Blu-ray movies and stream video in stunning 4K Ultra HD video, with content from partners like Netflix and Amazon Video. Xbox One S also offers High Dynamic Range (HDR) support for video and gaming, so you can experience richer, more luminous colors in games like Gears of War 4 and Scalebound [though now cancelled]. With a higher contrast ratio between lights and darks, HDR brings out the true visual depth of your games and media."

The Xbox One S is available globally right now. Its enhanced version, the Xbox One X, will be released globally on November 7th for $499USD.