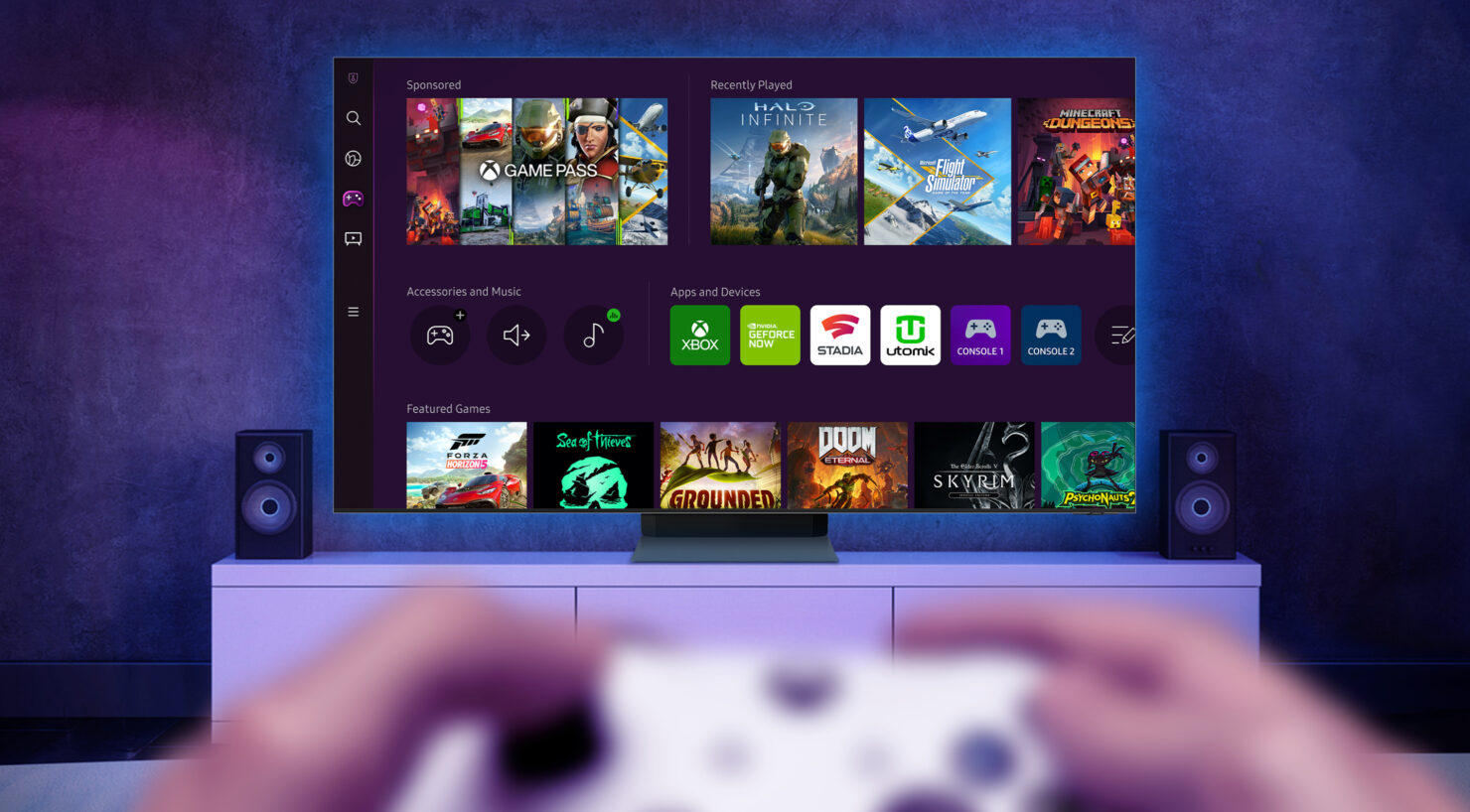 Microsoft and Samsung have formed a partnership to bring the Xbox app to some 2022 smart TVs. The announcement was made today by both companies. The Xbox app will allow Samsung Gaming Hub users to access over 100 games on 2022 Smart TVs including Neo QLED 8K, Neo QLED 4K, QLEDs, and 2022 Smart Monitor Series.

Thanks to the partnership, the Gaming Hub will be the world’s first Smart TV platform to include the Xbox app on Smart TVs. Additionally, thanks to Xbox Game Pass, users will be able to play new games on day one of release from Xbox Game Studios and enjoy iconic franchises from Bethesda Softworks and more.

Won-Jin Lee, President and Head of the Service Business Team at Samsung Electronics said the following in a press release:

Xbox has been an integral partner for Samsung and shares in our vision and dedication to bring the ultimate game streaming experience to everywhere in the home.

We are excited to deepen our partnership with Xbox by adding the Xbox app to Samsung Gaming Hub, which now gives Samsung Smart TV users access to hundreds of Xbox Game Pass games. With the same ease that our customers watch live sports and stream movies on Samsung Neo QLEDs and QLEDs, they can now play their favorite games.

We’re on a quest to bring the joy and community of gaming to everyone on the planet, and bringing the Xbox app to smart TVs is another step in making our vision a reality. That’s why we’re excited to partner with Samsung, a global leader in TVs, on bringing Xbox to more players. Working with Samsung has helped us provide more access to gaming and enabled us to welcome new players into our thriving community.

So, what's the Samsung Gaming Hub? This new Smart TV feature was announced back in CES 2022. It exists as a way for Samsung users to access various gaming experiences. Not too long ago, Samsung made a partnership with NVIDIA to bring GeForce NOW to the Gaming Hub, for example. This, in turn, gave users the capability to play current-gen PC titles at low latencies.

The Samsung Gaming Hub is going to become available for users on June 30. This means that players will be able to try out the Xbox app and GeForce NOW alongside Google Stadia and Utomik soon.