Metal Gear Online has been a bit under wraps so far in terms of gameplay details. This all changed today, when Konami revealed a lot of new information and shared a long gameplay video that we've embedded below. 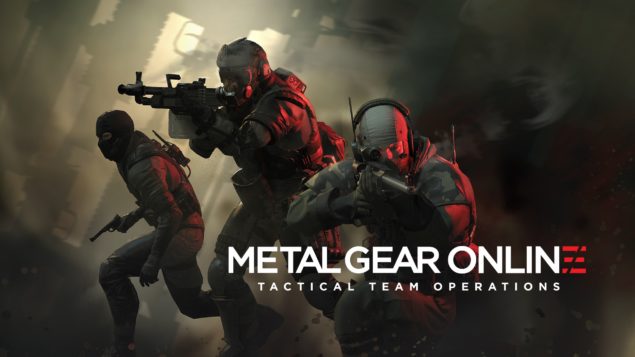 In Cloak and Dagger, attackers win by recovering the Data Disc and uploading it at the Evac Point within the time limit. Defenders win by preventing the upload. Attackers are armed with only non-lethal weapons while defenders only have lethal weapons. This is an elimination mission. Once eliminated, you cannot return to the battlefield until the next round.

With advanced scouting capabilities, the "Recon Class" specialties are long-range combat and support functions. Movement speed and strength are average making this a great choice for beginners.

With great strength, the "Heavy Class" specializes in powerful weapons. However, movement speed is slow making this class less effective in close quarters. This class is for intermediate players.

Fast moving, the "Infiltration Class" specialty is close combat such as CQC. Due to the strength being low, you should avoid a head-on battle. This is a class for experienced players.

Metal Gear Online comes for free if you own Metal Gear Solid V: The Phantom Pain. The service will go live on October for consoles and on January 2016 for PC.