After taking a looking at Meizu ME5, which could possibly belong to the company’s next lineup of smartphones, Meizu Pro 5 is going to be the name of the firm’s flagship smartphone. We expect that this is going to be Meizu’s ‘top of the line’ offering since the leaked images provide sufficient knowledge regarding this. Let us show you these images so that you can also fall in love at first sight as well. 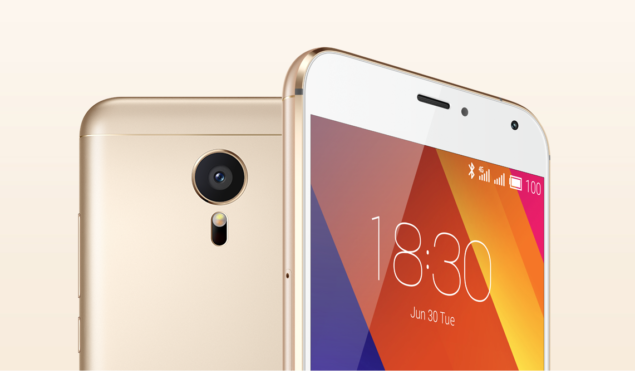 Meizu Pro 5 Leaked Packaging Images Shows Beautiful Craftsmanship Of Both Boxes And The Smartphone – Will The Company Increase Pricing Because Of This?

According to Chinese microblogging website Weibo, we came across the leaked packaging images of Meizu Pro 5 and we have to say that it looks positively beautiful. Most Chinese smartphone OEMs pay very little attention to these intricate details, but Meizu has really stepped up its game on this occasion. However, if the company is putting this much effort in to the packaging, then that only means the overall price of Meizu Pro 5 is going to be far more what we originally thought it would be, which was 2,999 Yuan, or $470.87 USD.

Coming to the hardware specifications of Meizu Pro 5, we expect an Exynos 7420 SoC to be present underneath the hood, along with 4GB of LPDDR4 RAM. Meizu could retain the same screen size of the upcoming smartphone like it did with its MX5, but we have a feeling that we could be seeing a much larger device being rolled out by the company just to provide a nice comparison between the Helio X10 powered handset and Meizu Pro 5.

It is also possible that the company excludes a MicroSD card slot from the equation altogether, so it would be in the best interest of the consumer if the company could release several internal storage models of the product. Also, we expect the firm to incorporate a 20.7MP rear camera sensor on to Meizu Pro 5, although this time, we are hoping that it will be a Sony IMX240. If the company is feeling rather generous during this time period, then we might also see an IMX300.

The device is going to be unveiled during the end of September, after which we will be updating you guys with a complete set of details. After looking at the leaked packaging images of Meizu Pro 5, what are your impressions of the upcoming smartphone? Let us know your thoughts.