Mega Man 11 Will Be As Challenging As Classic Games; Weapons Wheel Confirmed And More 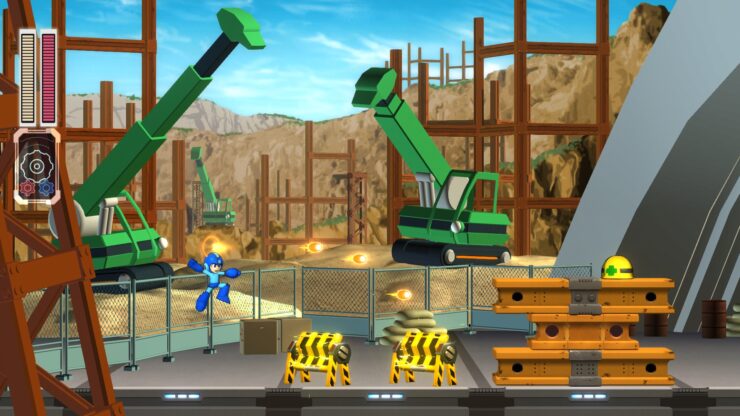 This week has been a very good one for fans of Mega Man, as a new entry in the series, Mega Man 11, has been announced by Capcom during the celebrations for the series' 30th anniversary. Today, we have learned more about the game and its features.

Game Informer recently had the opportunity to spend some time with Mega Man 11, and it's been revealed that the game will retain the same spirit of the classic entries of the series, with the ability to choose levels freely, an appropriate challenge level and more. At the same time, the game will come with some new features that will improve the experience, such as a weapon wheel to change weapons and a mysterious game-changing mechanic.

Pick eight
In classic Mega Man tradition, players will get to choose which of Mega Man 11’s robot masters they will tackle first, and they can choose from all eight robot masters right out of the gate.

Classic Mega Man action
Despite the new look, Mega Man 11’s controls feel as precise and tight as one of his 8-bit adventures. Mega Man can still charge up his shots and slide to quickly dodge enemy attacks or move from one end of the screen to the next.

A worthy challenge
The original Mega Man games offered a challenge that was in line with games of the NES era. As the industry’s trends have changed, Mega Man games have retained their classic challenge. Mega Man 11 doesn’t break this trend. Thankfully, the action also feels fair. We died several times during a few sections, but we overcame even the trickiest platforming sections with a little practice.

A challenge for everyone
Capcom knows that hard games aren’t for everyone, which is why the developer is offering four different difficulty settings. We played on normal, which offered a traditional Mega Man experience, but fans who really want a challenge can tackle superhero mode. Players looking for an easier experience, or who might want extra platforms during tricky jumping sequences, can try the casual or newcomer modes.

Slip and slide
Pressing down and jump at the same time allows Mega Man to slide across the screen, which is a useful way to dodge enemy attacks. Capcom hasn’t finalized the controls, but the team is toying with the idea of putting the slide move on a single button, which might be easier for new players.

Weapon wheel
Managing Mega Man’s eight different robot master abilities is tricky. In the past, players had to cycle through these powers on the shoulder buttons or jump into a menu, which was cumbersome. Mega Man 11 allows players to quickly hot swap between Mega Man’s weapons with a flick of the analog stick. All of Mega Man 11’s weapons are attached to a direction on the right analog stick, which makes swapping to your favorite weapon much quicker, and might even allow players to string together robot master attacks like a combo.

Game-changing mechanic
Mega Man 11 features an entirely new gameplay mechanic that will impact Mega Man’s moment-to-moment action. Unfortunately, we can’t talk about this feature, but we feel that it’s a nice addition to the action and helps balance the difficulty. The gear icons featured under Mega Man’s health hint at this new mechanic.

Mega Man 11 launches next year on PC, PlayStation 4, Xbox One and Nintendo Switch.