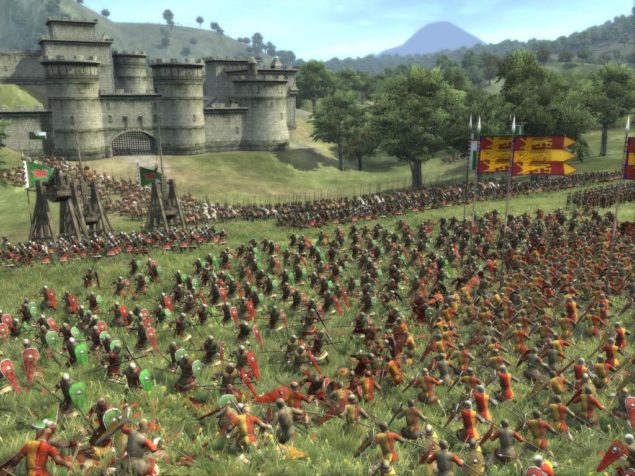 Medieval II: Total War Collection is going to be released on Steam later this week for both Mac and Linux systems.

Mixing real-time battles and turn-based strategy, the only difference between you and proper olden days royalty will be how closely related your parents are.

Spanning five centuries and encompassing the Crusades, the spread of plague and the rise of gunpowder, you will lead one of 17 factions to glorious victory.

Containing the four standalone campaigns of the Kingdoms expansion, the Medieval II collection brings together everything one of the most popular entries in the Total War franchise has to offer.

"We’re delighted to bringing one the best-loved Total War games to Mac and Linux. Medieval II: Total War Collection is a bona fide strategy classic and our most-requested port."

As well as a fresh trailer, a mini-site was set up advertising the new port.

System specifications were released alongside the announcement.

It'll be available to play on Mac and Linux systems from January 14th.