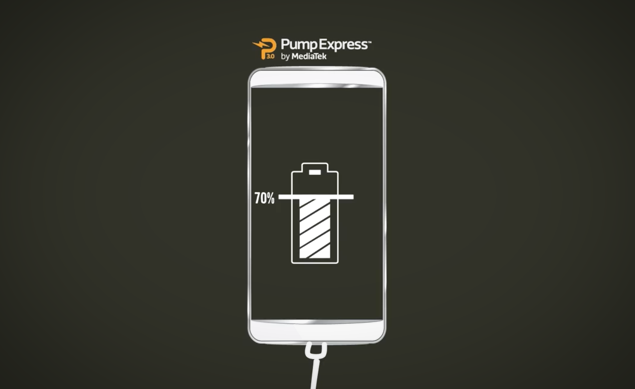 MediaTek has announced Pump Express 3.0, a new version of its fast charging technology. And it's blistering fast, allowing a smartphone to charge up from 0 to 70% in just 20 minutes.

As we progress into the future, our smartphones are getting bigger and bigger to appease those who require more out of their handsets. And with bigger smartphones come bigger batteries that take an awfully long time to fully charge up when deprived completely of juice. While fast charging technologies do exist in the consumer domain, allowing a smartphone or tablet to fully juice up in a considerably less amount of time, but still, a plug in time of at least 30 minute is a must if we're going to label our handset as 'charged up.' 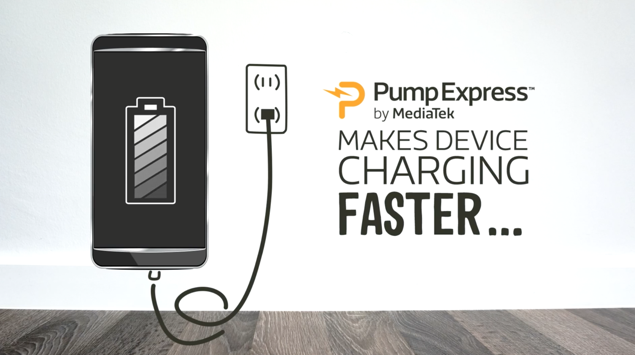 Compared to Qualcomm's Quick Charge 3.0 technology, Pump Express 3.0 offers huge gains over what the competition has to offer. And MediaTek even claims that a charge of just 5 minutes will give the user up to 4 hours of talk time in return. This is a very, very bold claim if you're asking us.

Take a look at the introduction video below and see for yourself what Pump Express 3.0 has to offer:

Apart from the fast charging feat which Pump Express 3.0 pulls off like a boss, the technology from MediaTek features up to 20 safety measures, ensuring that your smartphone doesn't go red hot or catches fire during its charging session. Furthermore, Pump Express 3.0 is the first ever charging tech in the world that features direct charging, bypassing all internal circuitry, delivering the charge straight from the power outlet to the battery.

Users should keep in mind that Pump Express 3.0 won't be available in devices until this year's end. The first gadgets to feature Pump Express 3.0 will be the Helio P20 series of devices, so be on a lookout for that.

While Pump Express 3.0 is an awesome piece of technology, it still boggles our minds why such things exist in the tech space with manufactures not focusing much on batteries that actually last longer. Things are topped off with near mundane software optimization as well from developers. If these two issues are resolved, the era of mighty powerful smartphones and tablets will truly dawn upon us.