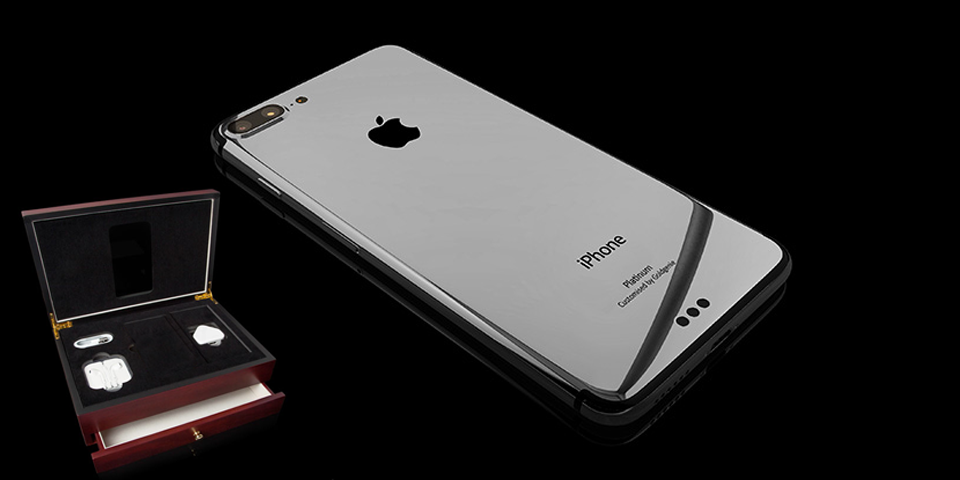 Apple's iPhone 7 and iPhone 7 Plus are all set to be with us in less than a week. As has been the case for the past couple of years, the rumor mill has given us a fair idea of what to expet on the pair this year. While there will be no major design changes, we've been hearing quite a lot about new color options and increased storage for the devices. These, coupled with rumors of a dual camera for the iPhone 7 Plus, redesigned antenna bands and the removal of the 3.5mm earphone jack will change this year's devices by quite a bit when compared to their predecessors. Today, another alleged image of the iPhone 7 has surfaced. It shows a new look for the device. Take a look below to find out more.

With the iPhone 7, Cupertino looks eager to make a comeback, but not strongly. This year's devices will carry their predecessors' spaceship design look. They have however been seeing some rather interesting rumors about new color options surface. Rumors of a Space Black iPhone 7 have also appeared previously. Today, an alleged image of the iPhone 7 in black has surfaced which you an take a look at below. 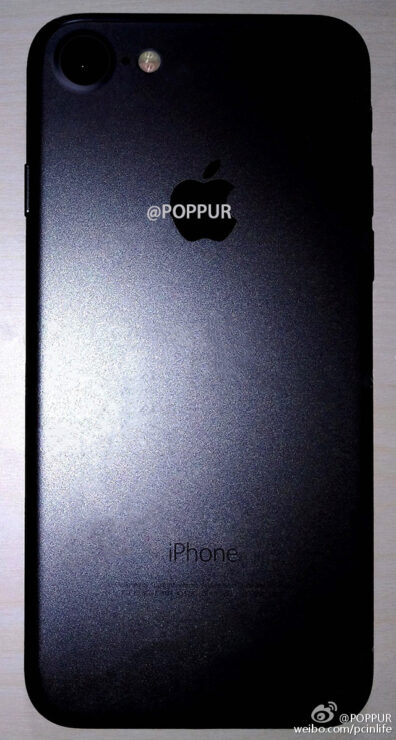 The device in above image does look like to be the real deal. It departs significantly from the rather feminine aesthetics that we've come to see on the iPhone 6/6s. The introduction of a Space Black iPhone will definitely make things interesting. Coupled with an upgrade of base storage to 32GB, it should also entice several long time Apple users to upgrade their iPhones as well. As you can see in the image above, the finishing of the device isn't like any other iPhone currently out there. It's got a rather dull, matte look, which isn't too poor if you ask us.

The larger rear camera sensor rumored for the iPhone 7 is also present in today's image. While the option of 32GB as base storage might sound impressive, it can come with some drawbacks. For starters, both a larger camera sensor and a dual camera system will increase image size. The iPhone 7 is also rumored to include native support for GIFs. All of these combined will increase storage requirements for the device. Thoughts? Let us know what you think in the comments section below and stay tuned for the latest.