Mass Effect Andromeda’s Male & Female Protagonists Are Siblings and Their Dad’s in the Game, Too 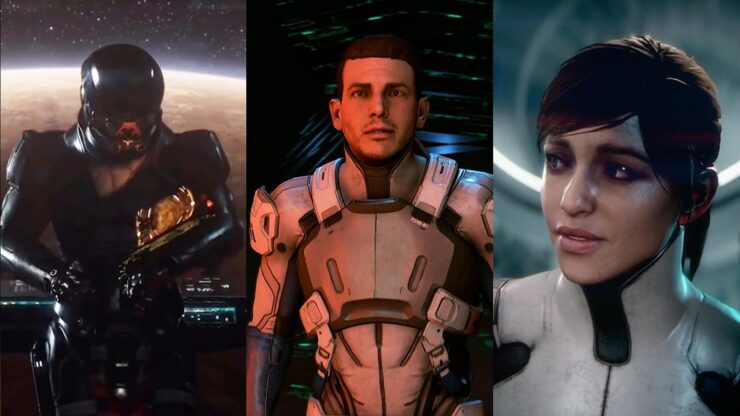 Bioware finally revealed the first stunning gameplay trailer of Mass Effect Andromeda (in 4K resolution - check it out here if you haven't already) at the PlayStation Meeting and afterwards, two members of the development team spoke more about the game.

The big news is that Creative Director Mac Walters confirmed to PlayStation Access that the Ryder protagonists, male and female as usual for the series, are siblings. That's just the tip of the iceberg: both will be in the game at the same time, so when you choose one the other will be somewhere in the universe.

Moreover, the character we saw first (although under a full body armor) in the announcement trailer at E3 2015 is actually their father and he'll be in the game as well, so it sounds like there might be a whole family theme to Mass Effect Andromeda.

Walters then added that BIoware wants players to have a sense of freedom and movement during exploration, which is a key part of the game; the jetpack is clearly very useful to that end. There'll also be tools like the scanner, which lets players scan creatures for example to learn more about them.

The environments are described as very "dynamic" and "explorable" unlike the games in the first trilogy, where you couldn't quite go everywhere.

Bioware's General Manager Aaryn Flynn, who appeared on the stage during the conference itself, then spoke with Sid Shuman on the PlayStation Livecast and added a few more details.

As we already knew, humanity fled the Milky Way to colonize the Andromeda galaxy, but it didn't so alone: other races like Asari and Krogan have come along, too. The Pathfinder (Ryder's title in the game) will have to begin the process of building a new home for mankind; we can expect lots of exploration, quests and even a "galactic level" mystery to unravel.

An important part of Mass Effect Andromeda will be the new element of alienness: the only familiar things will be those brought by humans into the new galaxy with their giant Ark ships, but for the first time they'll also be the alien element to those who already live in this part of the universe.

As per our previous report, we also learned that the game will run at 30FPS on both PlayStation 4 and PlayStation 4 Pro at a "custom" resolution. Mass Effect Andromeda is still slated to release in early 2017 and we should get a lot more information, alongside a new trailer, on November 7th (N7 day). Stay tuned.