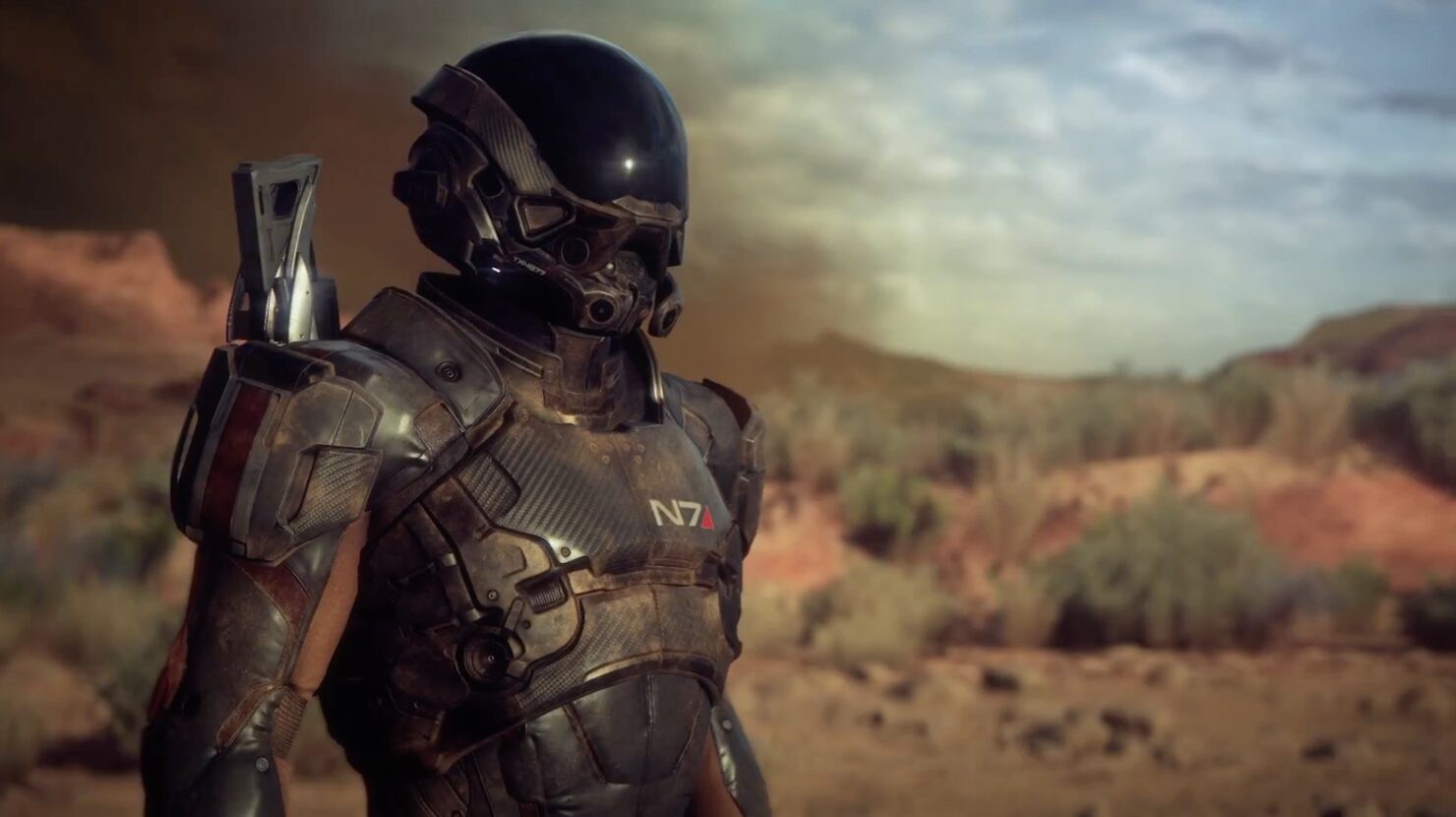 Last week it's been a very good one for fans of the Mass Effect series, as some brand new Mass Effect Andromeda gameplay has been shown the PlayStation Meeting, where the PlayStation 4 Pro has been announced. Some new screenshots have also been shared in the following days, but recently another one has managed to stealthily emerge online.

Mac Walters, Mass Effect franchise creative director, has recently changed his Twitter profile cover image with what seemed like concept art for the upcoming Mass Effect Andromeda. However Mac Walters himself confirmed to another user that the image is an in-game image, and that's definitely impressive.

The sneaky skills of @macwalterslives are back. Intriguing #MassEffectAndromeda concept art on his Twitter banner. pic.twitter.com/6XTEH1CONV

Mac Walters also revealed more regarding the new screenshot. The pattern on the floor are actually impressive natural shadows from the grates in the ceiling, so there's no Krogan involved, as some speculated.

It's a hot debate: Krogan vs machinery and lighting.

It's machinery... And the pattern on the floor is natural shadows from the grates in the ceiling... #Frostbite https://t.co/pPj3MDXb5v

Last week, additional details on how Mass Effect Andromeda will run on PlayStation 4 have emerged online thanks to producer Fabrice Condominas, who confirmed that the game will run at 30 FPS on both the regular console and the PlayStation 4 Pro. The game is still far from release, so things can definitely change in the future. Regarding the resolution, it's been confirmed that the game will run at custom resolution.

Mass Effect Andromeda launches on a yet to be confirmed 2017 release date on PC, PlayStation 4 and Xbox One. We will keep you updated on BioWare's upcoming role playing game as soon as possible, so stay tuned for all the latest news.