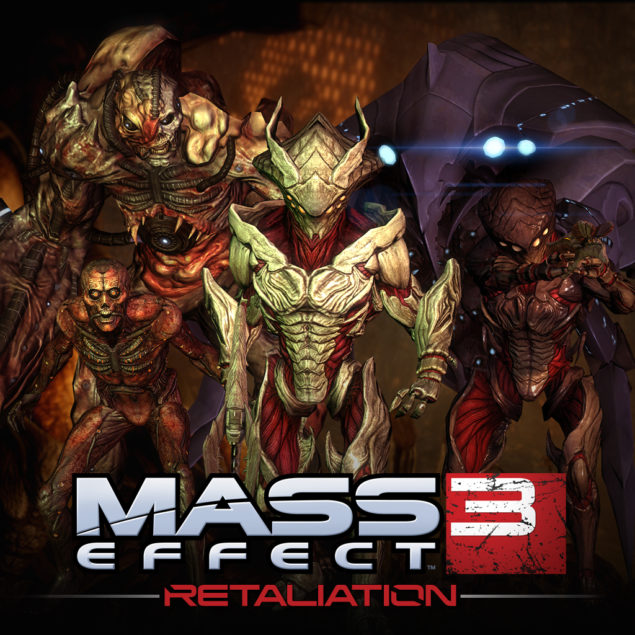 EA has announced the latest Mass Effect 3: Retaliation DLC which pits the players in treacherous environmental conditions against the collectors from Mass Effect 2.

The Collectors would be making a re-appearance in Mass Effect 3 Retaliation, the new Multiplayer DLC which would be free for everyone to download would take pre-existing maps and raise the environmental conditions.

In addition to that, players would get new unlockable costumes, weapons and weapon mods while players would also get a new feature to track their progress in the new database, More details are mentioned below:

Prepare to face off against the Collector Praetorian, Scion, Abomination, Trooper, and Captain. Reports have also come in that Cerberus has enlisted the Dragoon to their ranks and the Geth are deploying new Drones to the battlefield.

A host of new characters have joined the war to fight this new threat, including the Turian Havoc Soldier, Turian Ghost Infiltrator, with many more being added on a regular basis.

Wage war across six maps, featuring new environmental hazards and traps. A regular rotation of Firebases will be introduced to different hazards as they come under attack. Survive the onslaught of Acid, Lightening, Meltdowns, Sandstorms, Swarms and Whiteouts!

The Collectors have also brought deadly new weapons to the fight: the Collector Assault Rifle, Sub-Machine Gun, and Sniper Rifle. Unlock these weapons and new equipment upgrades to build to your arsenal.

Outfit your weapons with new ammo modifications and fortify your gear with unique upgrades to defeat even the toughest foes.

Think you are the best soldier in the Alliance? Make sure to track your progress in the new “Challenges” database. Complete various multiplayer assignments and feats of strength to unlock titles and banners to display in-game, and then compare your progress against your friend.

The “Challenges” database tracks various in-game statistics, such as your N7 Typhoon usage. To earn challenge points, you’ll need to complete mini-goals. For example, accumulate 140,000 points while using the Typhoon in multiplayer and you’ll be rewarded with 10 challenge points.

What Can You Do With Challenge Points?

Challenge points are used to unlock cool in-game multiplayer bonuses, such as new titles and banners. Want other players to know that you’re a Council Operative? You can do that. Want to be the envy of your friends with a flashy new banner to display in the player lobby? You can do that, too!

Challenge points lead to unlocks, and unlocks allow you to personalize your multiplayer experience. Now, you’ve got some work to do, Soldier!

Mass Effect 3 Retaliation arrives on Xbox LIVE and Origin on October 9, and on PlayStation Network from October 10 in Europe. Make sure to install the latest Mass Effect 3 Patch before downloading the DLC. Also if you weren't aware, Omega Single player DLC is also planned for launch in fall, you can learn more here. 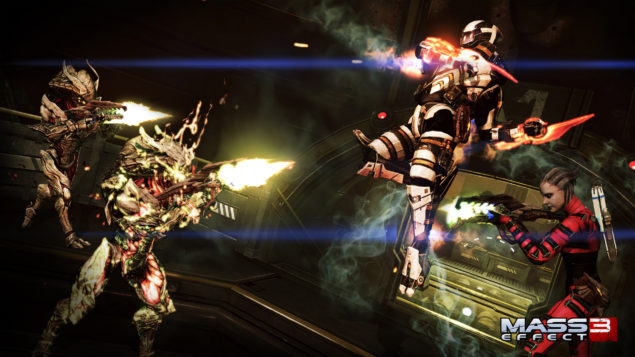