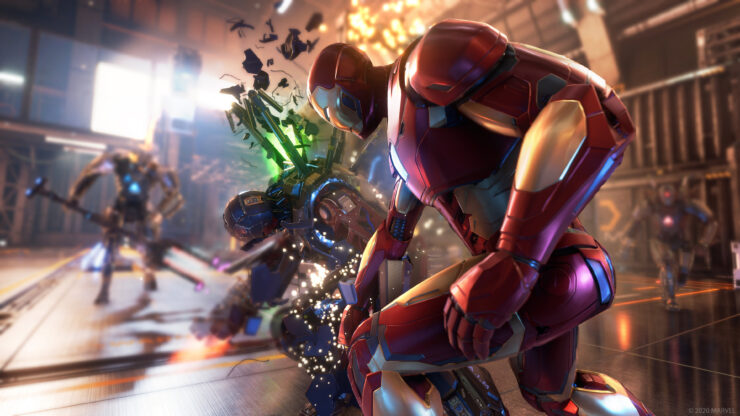 Marvel's Avengers current-gen upgrade is now live on both Sony and Microsoft consoles, and a new comparison video that has been shared online today provides some new details on these new versions of the game.

According to the video put together by ElAnalisteDeBits, the variable 4K, 60 FPS mode is the mode with the most differences between the current-gen versions. In this mode, the Xbox Series X version runs at a higher dynamic resolution, 3840x1836p, as opposed to the 1920x2160p of the PlayStation 5 version in the more demanding areas in the game. On the other hand, the PlayStation 5 version seems to have a slightly more stable frame rate in all modes and faster load times.

- In 4K / 30FPS mode they all experience some small drops in resolution, although they keep the target set most of the time, especially Series X.

- In FPS mode, for the first few minutes of the game, the PS5 resolution varies between 3840x2160 and 2560x1440p, but as soon as we get to the Quinjet and start missions with more open and loaded spaces, the usual resolution becomes dynamic 1920x2160p, while on X Series it stays at dynamic 3840x1836p. In this case, there is a clear advantage in the Xbox version.

- The framerate is quite stable in both modes, slightly better on PS5.