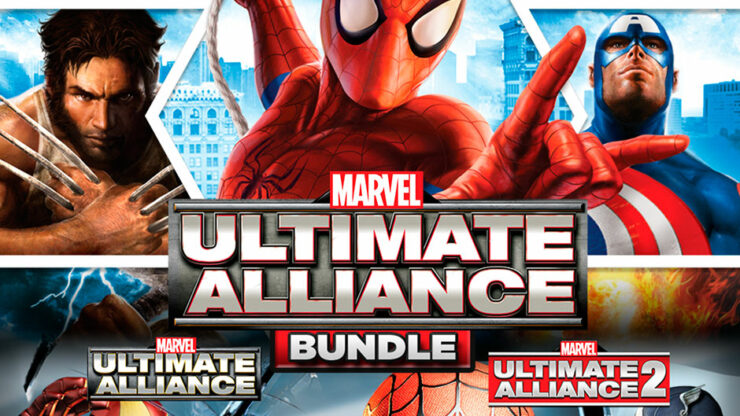 During SDCC (San Diego Comic Con) 2016, it was announced that Marvel Ultimate Alliance 1 & 2 will be released on July 26th for PC, PlayStation 4 and Xbox One.

Marvel Ultimate Alliance, an action RPG set in the beloved Marvel universe, originally released in 2006 to favorable reviews. In the game, players can form a team of four superheroes from a roster of more than twenty-two playable characters (some of those need to be unlocked first, though); when forming known teams like Defenders, Avengers, X-Men or Fantastic Four the game provides certain bonuses.

Marvel Ultimate Alliance 2 launched three years later, borrowing many plot elements from the famous Civil War and Secret War story arcs from the comics. One of its main new features is the ability for two superheroes to combine attacks in a "fusion".

Ever since, the franchise has received no new installments, but that could be changing soon. With Marvel Games about to bring its heavy hitters, it's hard to imagine there isn't a Marvel Ultimate Alliance 3 in development while these remasters rekindle the interest of gamers.

In fact, Executive Producer Mike Jones all but teased it.

Following the footsteps of a proud Marvel tradition, I’ll say: Anything is possible, True Believers!

The two Marvel Ultimate Alliance games will be available digitally for $39.99 each and $59.99 as a bundle. They'll feature graphics, performance and UI enhancements as well as both couch and online co-op.

Ms. Marvel Revealed to be a Playable, Central Character in Marvel’s Avengers

Marvel’s Avengers Story Is About the Heroes’ Human Element, They’re Affected by Their Mental State