Unless you have been living under a rock you would be aware that the US Government was (partially) shutdown after a bill failed to pass for government funding. Well, even though NASA has groaned to an almost complete standstill the lonely wanderer up on Mars wont take a break. 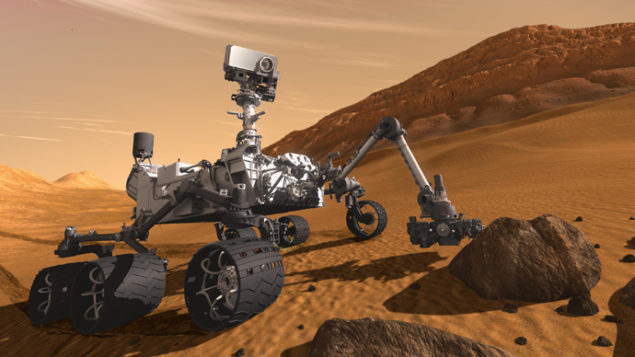 Curiosity Rover Continues to be Operated from NASA even After Govt. Shutdown and Funding Suspension

NASA Affairs are in complete tatters. Out of their almost 18000 workforce only 550 people are currently working. These include some of the most critical employees and includes the full staff of the Mars Rover Curiosity. When the tweets and announcements came for the suspension of all NASA activity i wasn't sure whether Curiosity would be included in it.

Sorry, but we won't be tweeting/responding to replies during the government shutdown. Be back as soon as possible. http://t.co/qIx8cigrnb

Due to the gov't shutdown, all public NASA activities/events are cancelled or postponed until further notice. Sorry for the inconvenience.

We are very pleased to learn however that Curiosity wouldn't be affected by the suspension of funds. Curiosity the Mars Rover is a symbol of Human Ingenuity and for something so purposeful to be stopped by the Mundane bickering of politics back on Earth would have been plain sad. However the fact remains that there could be possible ramifications for NASA in general which was already struggling under budget cuts. This could very well be the last straw before funding withdraws altogether.

There's another reason the Mars Rover should not have been stopped. Unlike other factors being affected by the US Govt shutdown, which can be solved overnight by restoration of funding, the shutting down of Mars Rover could have been a killing blow to NASA as an institution. Rovers take tons of funding to get to their target location and communication never ceases (except for the 8 minute black out upon entry into Martian Atmosphere) and even in that case the equipment doesnt stop. If NASA had well and truly shutdown its equipment and terminated contact, its is not a 100% assured thing that they could have established contact again.

Good to know @MarsCuriosity wont cease its wandering mission on #Mars in the wake of #US Govt Shutdown. #NASA http://t.co/yfxpjGZKSs