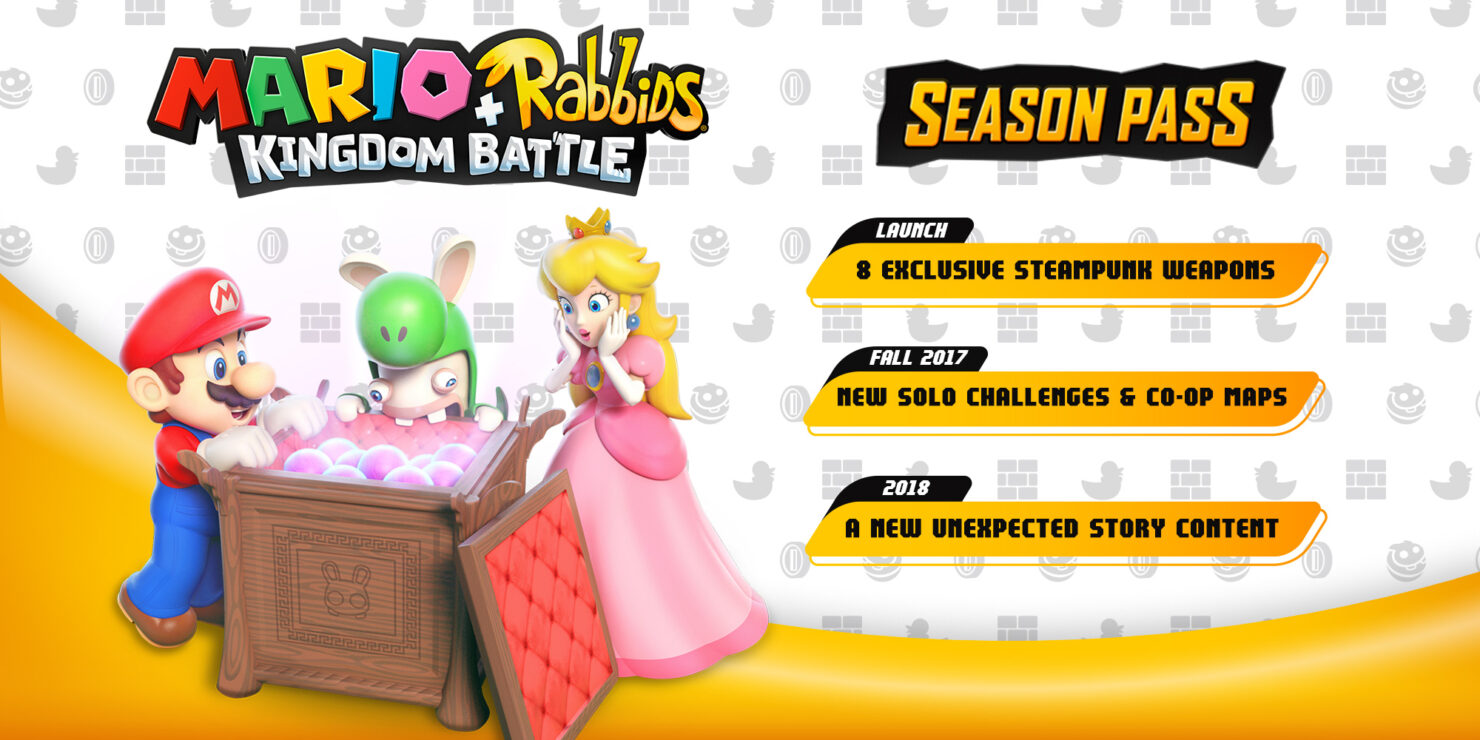 Mario + Rabbids Kingdom Battle is the closest things to XCOM that Nintendo Switch gamers will be able to get, at least until Firaxis and 2K choose to port the franchise over to the Switch.

The game is out next week and Ubisoft just confirmed that there will be a Season Pass with three pieces of DLC:

Dave was able to check out the game a while ago and came out positively impressed as you can read in the excerpt below. Mario + Rabbids Kingdom Battle is out on August 29th, 2017 for the Nintendo Switch.

The level of polish isn’t the only thing that feels distinctly Mario either – the Mushroom Kingdom is just as authentic as you want it to be, as you can see on the battlefield. Cover takes the form of familiar Brick Blocks that break apart as they’re damaged, warp pipes litter the stages, making convenient shortcuts to different parts of stages – even if some of them are Rabbids-themed – and even stage hazard enemies pop up, like Chain Chomp, who’ll slowly roam stages chomping and damaging whoever is in his way, friend or foe. This is definitely more of a Mario game than a Rabbid game – and that’s an overwhelming relief.