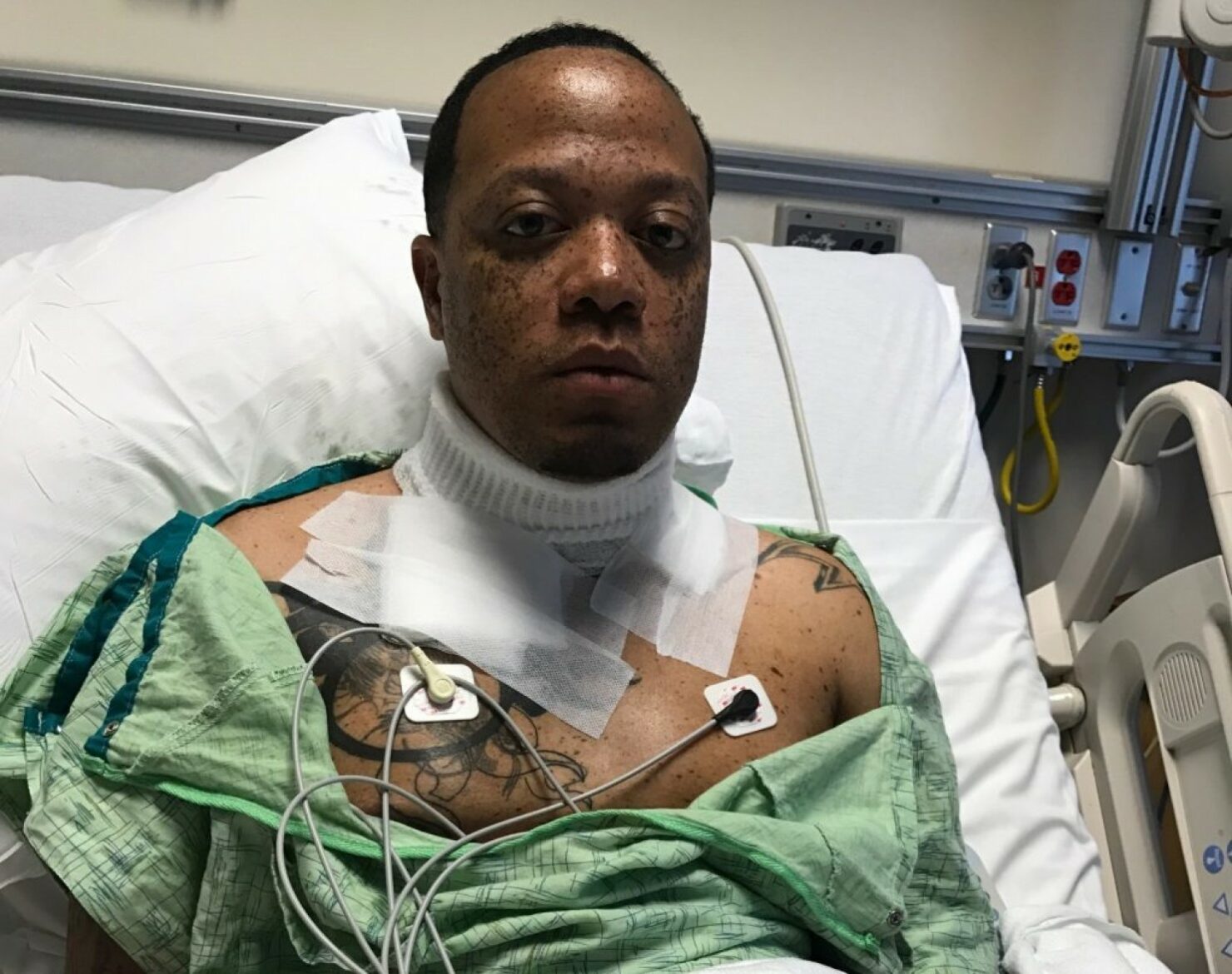 A man from Huntsville, Ala, suffered severe burns after he was electrocuted while he was sleeping with his charging iPhone. The dog-chain necklace that Wiley Day was wearing acted as a conductor for electricity when it came into contact with the iPhone charger. The incident took place on March 22, according to reports from The Washington Post. 32-year-old Wiley, was a victim of second and third degree burns as reported by the paper. Let's dive in to see some more details on the subject.

Day used an extension cord next to his bed to charge his iPhone. When he woke up on Thursday morning, he noticed that his dog-tag necklace was tangled in a space residing between the extension cord and the charger. He exclaimed that he was jolted down on the floor due to the force of the electricity. His sight started to fade and he felt a lot of pressure around his neck. Luckily, he managed to break the chain off his neck at the right time.

Day still suffered from severe burns on his face. The electric shock was a whopping 110 volts that did quite a lot of damage to the man. Day told The Washington Post that the shock he experienced was “the eeriest, darkest, most demonic thing you could ever experience”.

The incident burned Day's shirt to such an extent that it created a hole due to the fire. His skin and flesh were deeply wounded due to the metal dog-chain that hung around his neck. He also burned his hands while breaking the chain off his neck. So it is greatly advised to practice safety and consider precautions while handling such business. Moreover, being careless in this regard is definitely off-limits. The injuries suffered by Day are really horrifying and could lead to fatal consequences. However, one thing that we should all consider is that this could happen to anyone.

We all use smartphones every day and we're often not familiar with the dangers that surround them if not handled with care. We're all like Day, only the event chose him as the victim which means that it can happen to anyone who is careless and inconsiderate of the potential dangers. Advising others who use smartphones and other devices everyday, Day said,  “From my experience to others, it is not worth your life charging your electronics in bed. I mean, it’s not worth it. I wouldn’t wish what happened to me on my worst enemy”.