[Updated] Mafia 3 Reveal Might be Coming at E3 2015; Set in Louisiana and Will Feature 3 New Characters

[Update 3] The full Mafia 3 trailer has been released and can be viewed here along with a few details about the game, which is set to release in 2016.

[Update 2] Mafia III has been confirmed by 2K with a full reveal to follow at Gamescom next week.

[Update] A couple of months ago, we reported on rumors that Mafia 3 would be making an appearance at E3 2015 in June with a gameplay trailer. The game is rumored to be in development for the PlayStation 4, Xbox One and PC. Unfortunately the announcement did not happen at the event as it was previously thought. Perhaps the decision to delay the announcement for a future event like the upcoming Gamescom or Paris Week gaming festivals, could have been made at the last minute.

Mafia 3 could be making an appearance at E3 2015 in June with a gameplay trailer. The game is rumored to be in development for the PlayStation 4, Xbox One and PC. 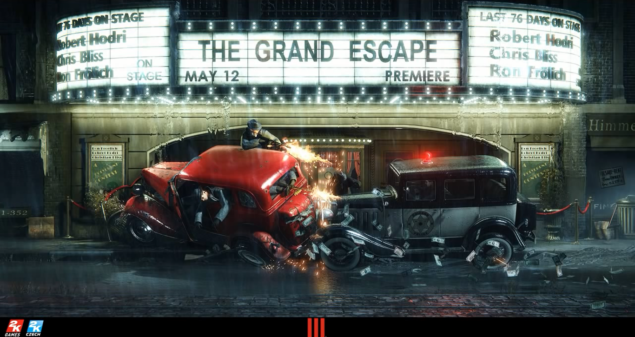 Rick Pasqualone, the voice actor of Mafia 2's protagonist, has teased a few month back that Mafia  3 is on the cards. A lot of fans got extremely excited over the news that work was happening on Mafia 3, but unfortunately there haven't been any news since then.

With E3 2015 just around the corner, it would be extremely exciting if 2K announced and demonstrated a new installment in the beloved series. The open world element combined with the prohibition era setting and the gangster drama, built on Unreal Engine 4 would be utterly awesome.

Mafia 2 was a great game with a very deep and moving narrative, and the potential for Mafia 3 is immense. Lets hope that we get some news real soon and have a reveal at E3 2015 in June.

Massive online retailer Play-Asia has caused a bit of a gaming stir by listing Mafia 3 for release on both PS4 and Xbox One.

We will bring you any news on Mafia 3, as soon as it becomes available. E3 2015 will be held between June 16-18 at the Los Angeles Convention Center.