Mafia 3 Benchmarked, Eats Nvidia & AMD GPUs For Breakfast – Is This The New Crysis or AC Unity ?

Performance benchmarks for Mafia 3 on Nvidia & AMD GPUs are out and the results are downright ugly. This could quite possibly be the most demanding game we have ever seen to date. But does it make up for this rig busting performance with compelling visuals? Well, the answer is actually no. A decisive, categorical no.

The game is so demanding in fact that just to play the game at 60 FPS 1080p you will need to pony up $650 plus dollars for a GTX 1080. In fact, compared to GTA V, Mafia 3 runs two to three times slower for the same visual quality. I can already hear your audible gasps all the way from over here, so let's dig into the results.

Let's begin with 1920x1080 benchmarks first with all the settings cranked up to their highest presets.These results are courtesy of GameGPU.com, so many thanks to the good folks over there. These tests were conducted with the latest drivers from both AMD and Nvidia. 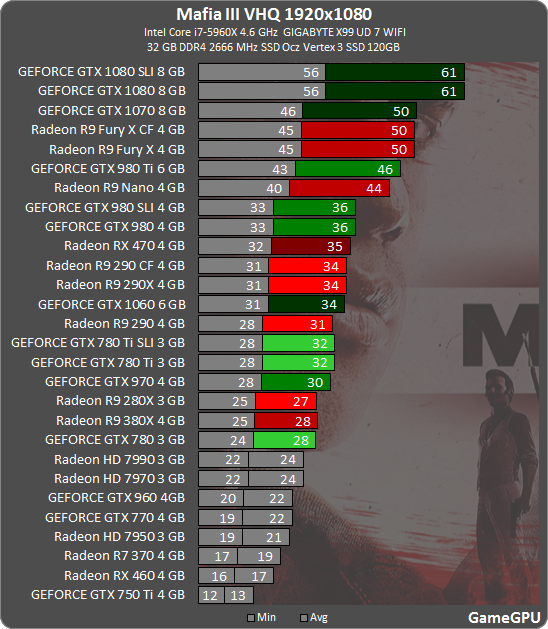 The not so good news however is that if you're an owner of a GeForce GTX 600/700 series card or an AMD Radeon HD 7000 series card you will struggle to play the game at all, even at 30 FPS. That is unless you turn the graphics settings way down. The Radeon R9 290 series cards fair slightly better here but still struggle to churn out more than 34 frames per second. 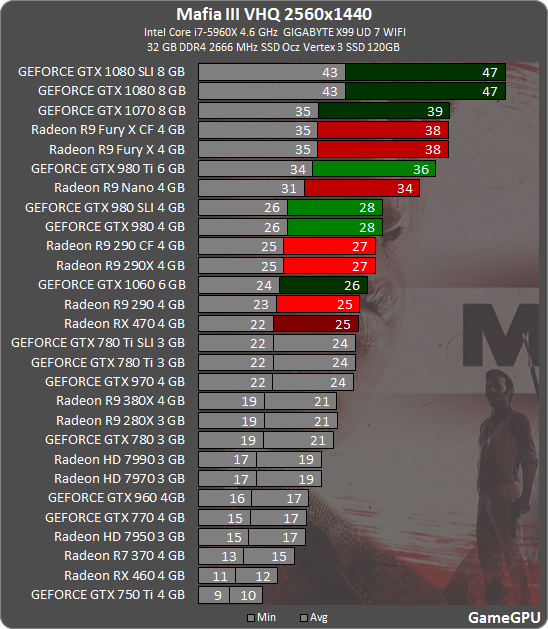 At 2560x1440 the situation looks very grim. No graphics card manages to achieve a 60 FPS average. What's worse is that not even multi-GPU setups can improve your performance because the game simply doesn't support SLI or Crossfire. Nothing short of an R9 Nano can deliver 30 frames per second on average. The GTX 1070 and R9 Fury X don't fair much better with a 39 FPS average.

At 4K things go from annoying to utterly ridiculous. 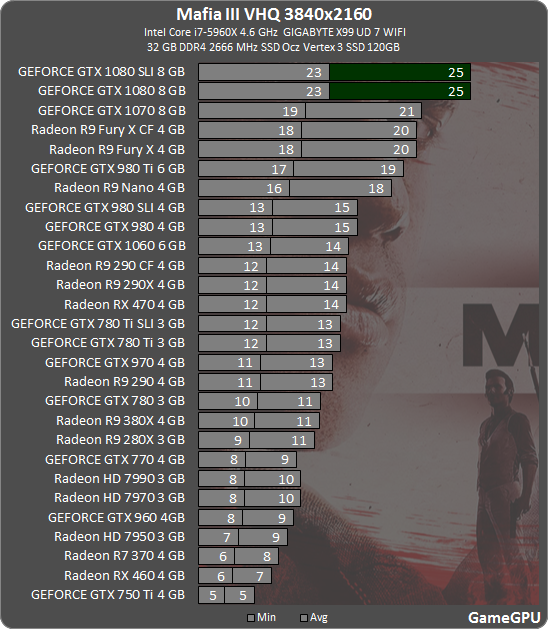 No hardware setup in existence today can even deliver a 30 frames per second average at 4K in Mafia 3, save for Nvidia's $1200 GTX Titan X.

Is Mafia 3 The New Crysis? More Like AC Unity

What PC gamers are especially angry about is that not only does the game perform horribly but it is riddled with visual bugs. From glitchy mirrors, a draw distance so short that it fails to display vehicles present in the road and actually leads you to crash into other cars and die instantly, pixelated clouds and skies that the have the visual appeal and realism of a late 90's soap to a game world that point-blank refuses to follow the laws of physics.

So there you have it folks, is Mafia 3 the new Crysis? Well visually speaking it tries hard to break new ground but what it manages to be so successful at is breaking your hardware's will. The game was so obviously rushed out the door. The result is catastrophically bad performance & an abundance of glitches. Mafia 3 may not be the new Crysis, but it could very well qualify as the new Assassin's Creed Unity. The hope is that we'll see performance improvements with additional patches and driver updates, but don't hold your breath.