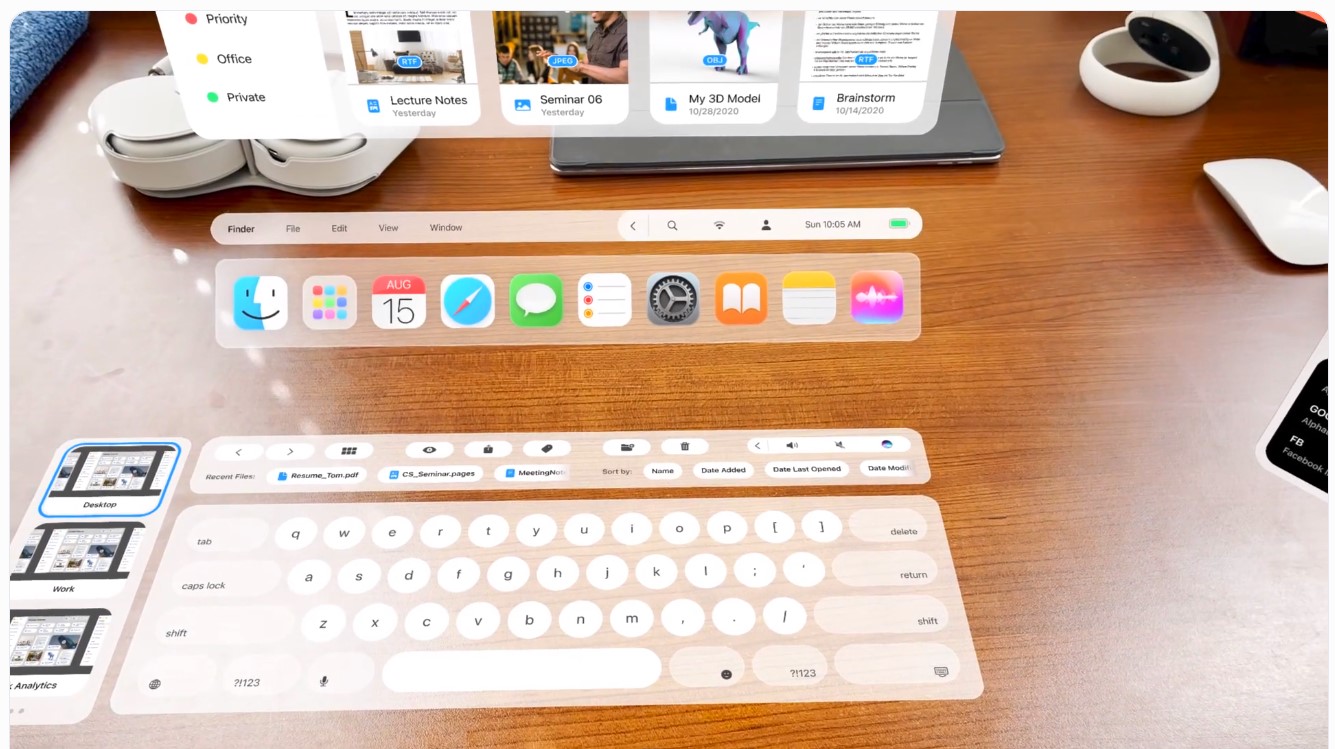 We’ve known for quite a while now that Apple is heavily invested in augmented reality. In fact, consistent reports state that the company’s first AR-focused head-mounted wearable, tentatively named Apple Glass, is expected to go into the third phase of development. While we don’t expect Apple’s first AR glasses to deliver the same experience as the macOS Reality concept, we’re confident it’s something we could see materialize in a few years with future product iterations.

Dominik Hofacker made this concept, and it could give us a glimpse of how we’ll interact with the computing hardware of tomorrow. He provides the following description of the macOS Reality concept.

Using macOS Reality and the Apple Glass, you can transform your existing desk into an interactive workstation, complete with large displays meant to view your emails, content, spreadsheets, and documents. You can also place smaller screens, which will be handy when you want to view some weather stats, stocks, or any other metric. The concept also shows an augmented reality keyboard, which will help get your work done faster.

It’s unclear if it will deliver the same tactility level as an actual keyboard, but companies like Apple and others should provide some form of haptic feedback. For some, this feedback can actually help increases typing speed. Overall, we’re greatly impressed with what Dominik Hofacker has created, and if you want to check out the entire macOS Reality concept, you can click on the source link below.

Also, if you like this concept, we’re confident you’ll like the other ones, too, so check them out when you’re free.