Upgrading MacBooks is a costly venture, but thanks to the Aura SSD, not only will you be able to give your MacBook a new speed boost, it will cost you far less compared to requesting Apple’s customer care to upgrade that SSD for you.

Aura’s PCIe Based SSDs Upgrade Your MacBooks’ Existing Storage, Making Them Much Faster In The Process

Before you read this, we want to make sure that your MacBook is qualified for a storage upgrade. Aura SSDs for Mid-2013 and Later MacBook Air and MacBook Pro with Retina Display are compatible with Mac computers with the following model IDs: 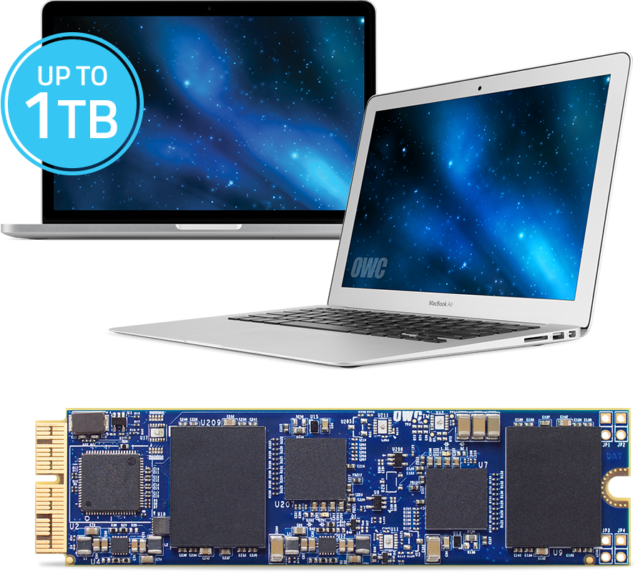 The OWC Aura PCIe SSD uses the AHCI protocol and the latest generation of Retina MacBooks will be incompatible with these because they only provide support for NVMe based SSDs and keep in mind that they are not removable. In order to keep costs under control while providing a nice little speed bump to consumers, OWC has opted to not use a native PCIe SSD controller. Instead, the PCIe Aura SSD uses a Marvell 9230 SATA RAID controller and a pair of Silicon Motion SM2256 SATA SSD controllers.

The Marvell 9230 has a PCIe 2.0 x2 host interface, so at the end of the day, the PCIe Aura SSD will be able to outperform SATA SSDs, but will not be able to surpass the speed barrier created by other drives. According to the data present on the company’s website, the packaging will include the following: 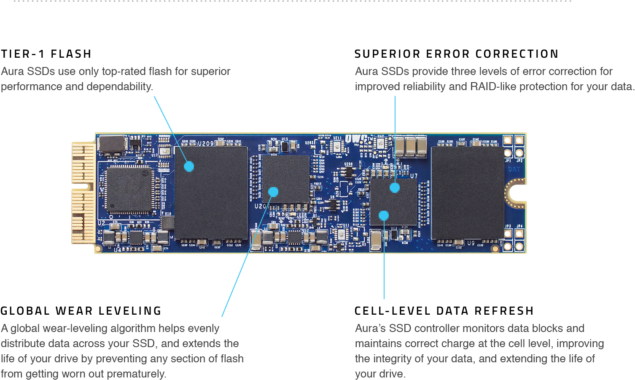 Also keep in mind that you will need Mac OS X v10.8 or later, or Windows 7 or a later OS for the storage product to be compatible. As for the speeds, and protection, those details have been listed below:

As for the pricing, we said earlier that the OWC Aura PCIe SSDs upgrades are far cheaper compared to the Apple originals, and we meant every single word. 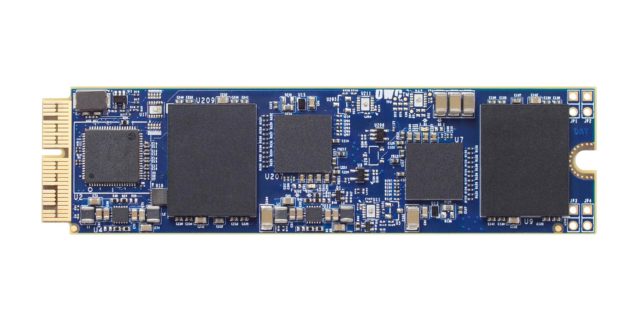 If you are interested in upgrading, then all you need to do is visit their ‘Where to Buy’ section where you will have a selection of authorized dealers selling both the drive and the upgrade kit. Tell us what you thought about the latest PCIe based SSD in the comments below.