If you're a GIF fanatic and happen to have a Mac with you, then you'll be pleased to learn that there exists an app in the wild that lets you drag and drop videos into it to instantly create GIF files. 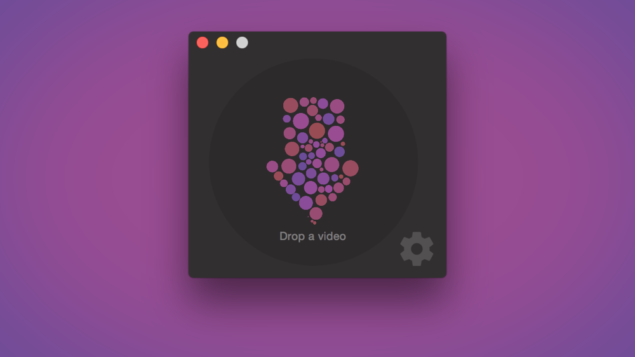 Given the current state of the Internet, it's safe to assume that GIFs have finally taken over and have become the go-to luxury to express one's feeling in the most elaborate manner possible. But while there are hundreds of millions of GIF images floating in the wild which you can make use of, wouldn't it be great if you could create your own in the simplest way ever? Sure you can with the likes of GIF Brewery, but the process is a tad bit complicated, given you like to keep things as simple as possible.

Enter Drop to GIF app for the Mac which allows to simply drag and drop a video file and it will be instantly turned into a GIF image. It absolutely doesn't get any more easier than this and we're sure many of you out there are going to have a ton of fun getting to grips with it as well. 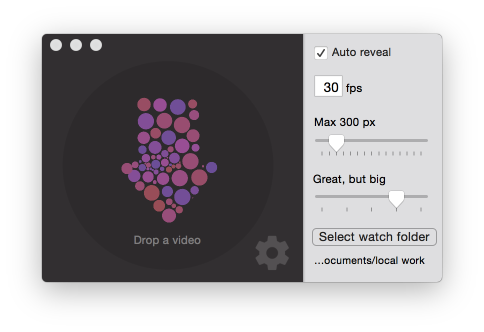 Once downloaded and installed from GitHub for free, simply launch it and you're ready to convert videos into GIF files. And in case you're wondering, you do get a bunch of settings to play around with, allowing you to alter the frame rate as well as the quality of the GIF.

We recommend that you experiment with short video clips at first before you make the giant leap of converting something big. You want the right blend of frame rates and quality before signing off the GIF. After all, you don't want to end up something that's either too big to send, or a complete mess in terms of quality. You need to get things 'just right.'

As we mentioned before, Drop to GIF is absolutely free to download and is available over at GitHub. While the app does have some tradeoffs, but its ease of use is absolutely an icing on the cake. But, if you're looking for something a bit more kick and something that's loaded with features and whatnot, then look no further than GIF Brewery on the Mac App Store, which currently commands a price tag of $4.99.

The choice is extremely yours which app you want to stick with. But since Drag to Gif is free, therefore look into its prowess first before going ahead with anything else.