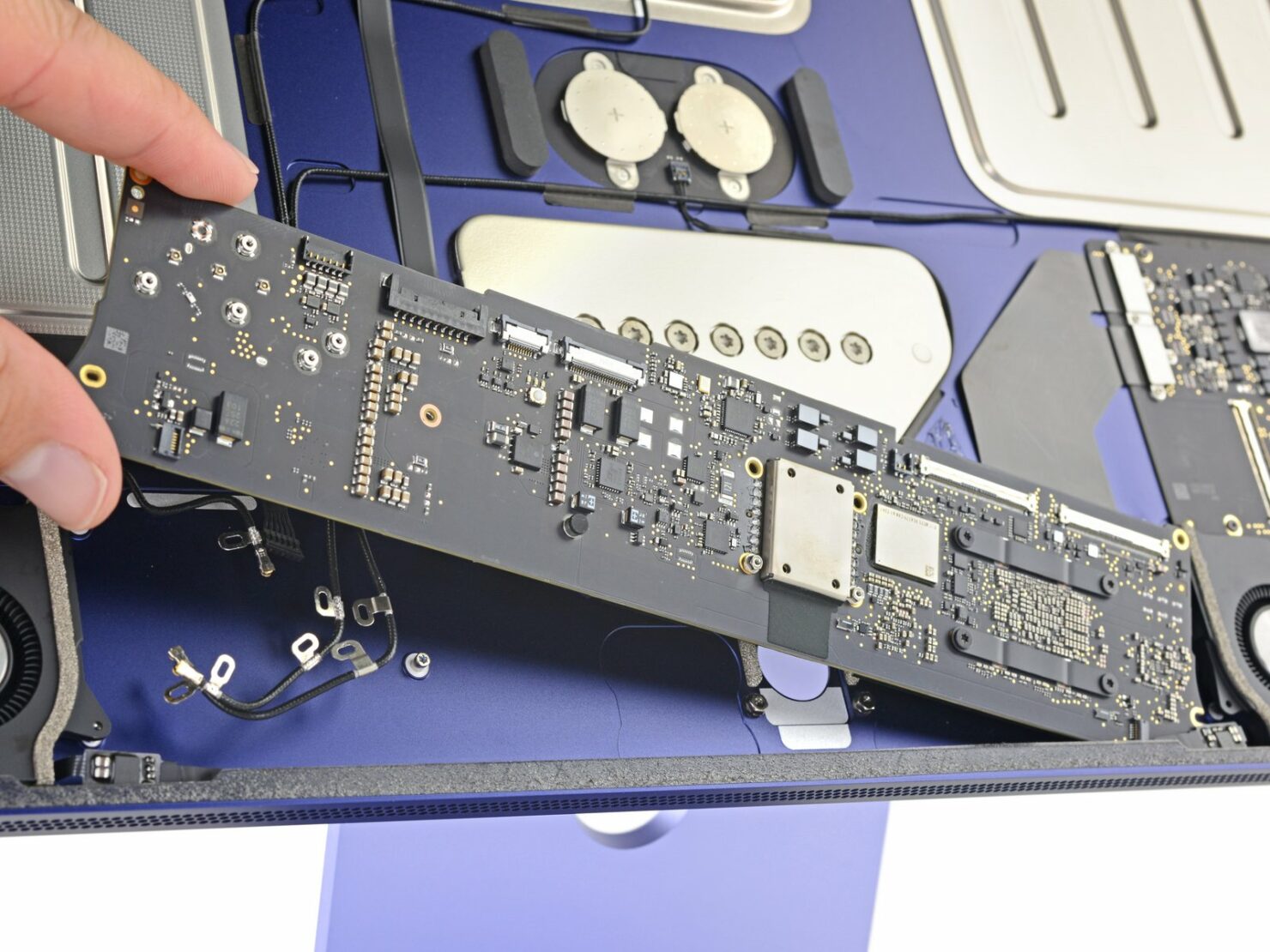 Like it is with all Apple products, iFixit has gone ahead and performed a teardown of the M1 iMac, showing how a small logic board featuring the M1 chip can be placed inside the machine of this size. This partial disassembly also shows a different cooling system if you opt for the higher-tier configurations.

According to iFixit, Apple has once again used adhesive to seal the M1 iMac. However, the teardown aficionados point out that the glue used here is not as difficult to work with as the one that the company uses on other products, such as the iPad. We do not know if any M1 iPad Pro model has reached iFixit for a future teardown, but we will continue to update our readers.

Apple has cleverly tucked the M1 logic board behind the chin of the 24-inch iMac. The teardown suggests that it is the same fanless logic board housed in the M1 MacBook Air, with Apple using additional cooling to transfer heat away from all of the components. Since iFixit got its hands on the higher-tier model, which features an 8-core CPU and 8-core GPU, the internal cooling solution is vastly different from the base model. 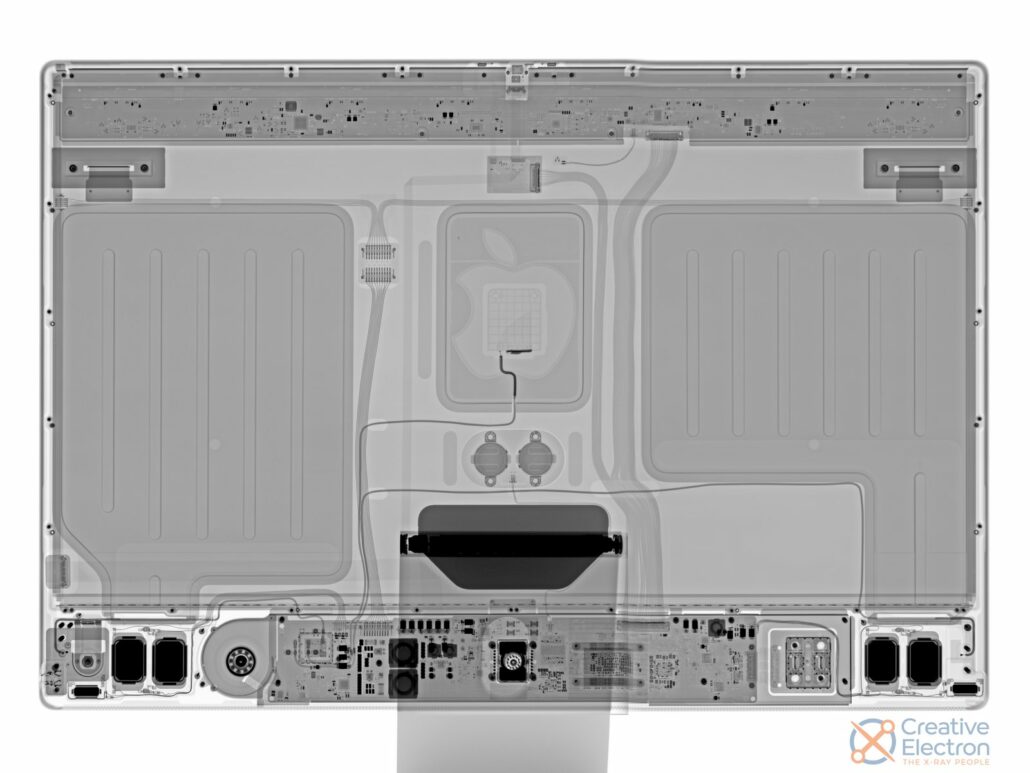 iFixit notes that there are two fans blowing inward, with a copper heat pipe and two short heatsinks drawing heat away from the chipset‌. Assuming you pick up the base M1 iMac, we have reported that it only features a single fan for cooling, a heatsink, and no dedicated heat pipe solution. During the teardown process, it was noticed that the logic board features a ‘mysterious button with three LEDs beneath it,’ but iFixit has not deduced what it is meant for. 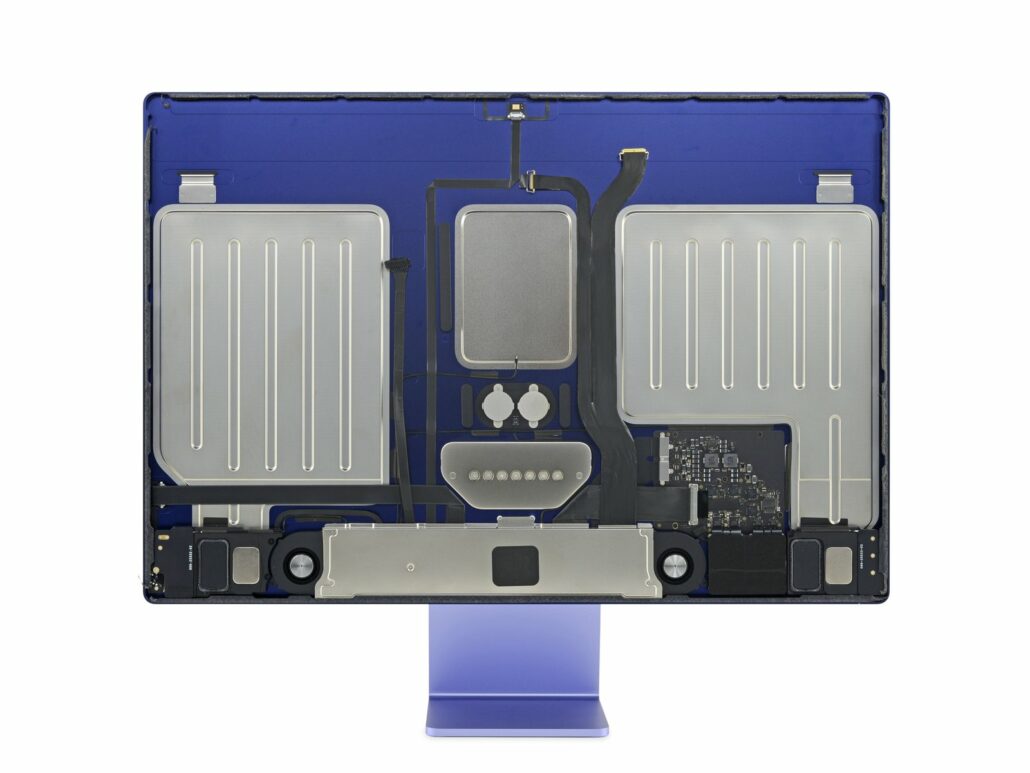 Since the M1 iMac teardown is not yet complete, an updated article will soon be published, and we will relay all the information that iFixit stumbles across, so stay tuned for more.