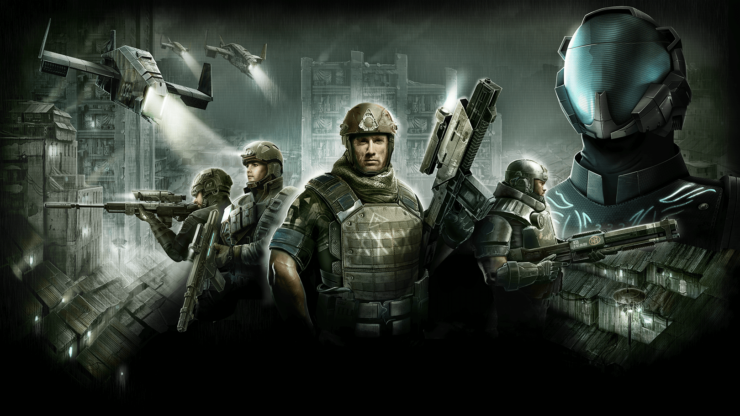 TinyMob Games (the creators of Tiny Realms) announced M.E.R.C., a squad-based real-time tactics game that's due to hit Steam Early Access on January 17th, 2017. Pre-orders aren't available yet, but you can check the minimum and recommend requirements on the game's product page.

Set in Neotopia ("the last city standing"), M.E.R.C. is riddled with the corruption and greed of corporations - as you would expect given the setting. The player's goal will be to hire a squad of four characters and neutralize the threat posed in particular by the Manta corporation. Recruiting and upgrading units, learning special abilities and acquiring the best equipment will be vital to succeed in this objective.

I was fortunate early in my career to work on the original X-COM series. I’ve always felt that the real-time play we introduced in the third instalment was a great twist on the genre. With M.E.R.C., we’re combining deep, strategic real-time action with cooperative gameplay for a rich sense of suspense and excitement.

These are the key features of M.E.R.C. as outlined by TinyMob Games:

Check out the first in-game screenshots and teaser trailer below.