Luxury Battery Case iPhone X Tesla With Built-In Solar Panel Is Now Available, The Only Caveat is The Price 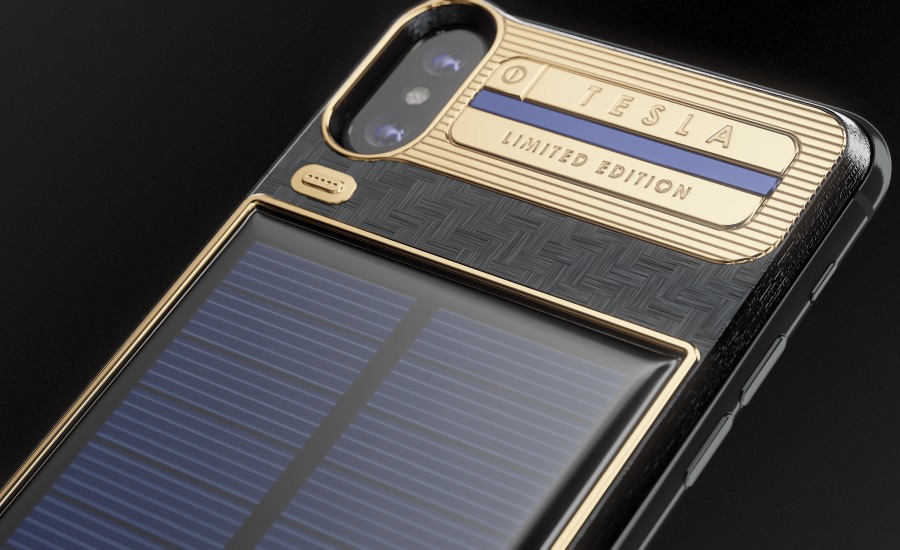 Caviar, the high-end accessory make from Russia has revealed a new case for the iPhone that does more than just protect your phone. The case is named as the iPhone X 'Tesla' and features a built-in solar panel along with a secondary battery. The design of the case is rather unique and out of the ordinary. However, as appealing as it may sound, it asks for a fortune. So let's dive in to see some more details on the luxury battery case for the iPhone X with a built-in solar panel.

The case was first spotted by AppleInsider and as it turns out the manufacturer does not have any connections with Tesla, however, it indeed inspired by it. As we have mentioned earlier, the case features a unique design with gold accents a solar panel attached at the back. The case alone weighs 90g and adds up to the 170g of the iPhone X. In addition to this, the case also makes it a lot thicker, going all the way up to 16.2 mm from 7.7 mm. 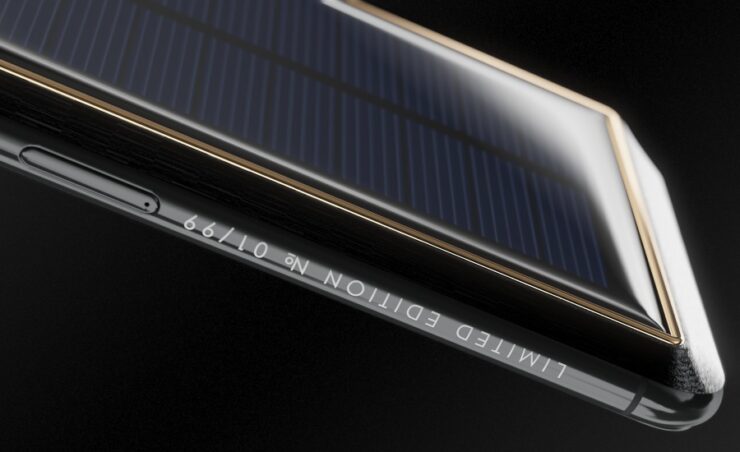 The 999 standard gilding is attached to the shock-resistant solar panel and the remaining case is made up of carbon fiber material. the concept of the luxury case looks promising as it would add up extra juice in the secondary battery, whereby, extending the battery life of your iPhone X.

As reported by AppleInsider, the case manufacturer, Caviar was initially planning to produce only 99 units of the iPhone X Tesla case. However, as based on pre-orders, the company is said to increase its production to 999 units. In addition to this, since the inspiration comes from Tesla, the company is reportedly said to give the first unit to Elon Musk. 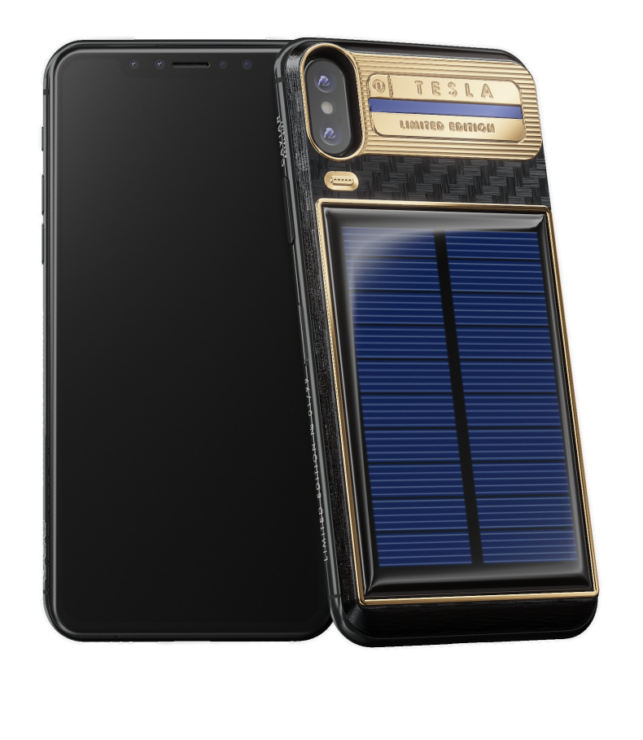 Now as for the gigantic caveat that all of you have been here for - the iPhone X Tesla case is available on sale for $4,587 for the 64GB model, while the 256GB variant will cost you $4,829. That's quite a lot for an accessory, more than four times the price of the device.

There will be more to the story, so be sure to stay tuned in for more details. This is all for now, folks. What are your thoughts on this expensive piece of protective accessory? Share your views with us in the comments.