Lightroom For Android Updated To Shoot RAW Photos And More

Adobe's Lightroom for iOS got an update last year that included split toning and haze removal. Now the same features have been moved over to Android in an attempt to bring the app up to date with iOS. Apart from the aforesaid features, Adobe has also added an additional feature in Lightroom for Android that transcends it ahead of its iOS counterpart. 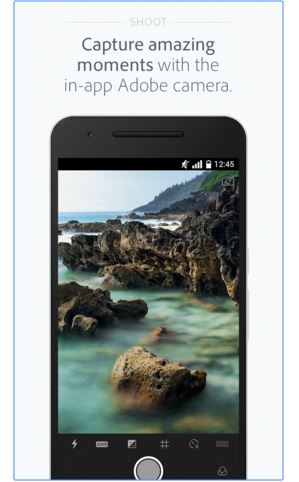 The feature is an interesting addition in the Android Lightroom app as it allows users to shoot RAW photos from within the app in its specific DNG format. Even though the feature won't be available on every smartphone, you will be able to experience it in the recent Android smartphones. Basically, Adobe made sure that its Lightroom app comes on par with the iOS app, ultimately ended adding an extra feature that iOS does not have. Nonetheless, there is a reason why Adobe did not add shooting RAW photos on the iPhone. 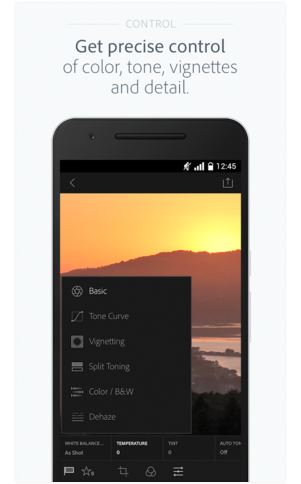 Since the release of Android Lollipop, Google has allowed shooting RAW photos with smartphones. On the other hand, iOS does not allow RAW files to be saved via third-party camera apps. Henceforth, Adobe cannot enable this feature on the iPhone due to restrictions.

Shooting RAW photos with Lightroom is way more productive for photographers. This is because the files have not been compressed and the image quality has not been sacrificed at all. This allows photographers or others to use the Lightroom editor in order to work with the complete set of data given to the sensor. Ultimately, this provides users with the utmost flexibility while editing photos. 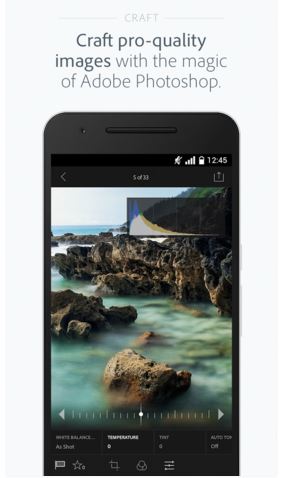 However, shooting RAW photos from Android smartphones also come with a caveat that might make you think otherwise. Typically, RAW files take a lot of storage space, more than JPEGs. So even if the idea of shooting RAW photos from the Lightroom app is crazy good, some of you might dismantle your plans on using it. Nonetheless, it is still a must have feature for all of those who either have smartphones with ample storage space or for those who simply don't care how much space the RAW files take.

So if you're trying to make the most of the scene, the RAW photo shooting is your thing. So do give this feature a whirl. As for now, does the availability of shooting RAW photos appeal to you? Share our thoughts with us in the comments section.