Lichdom Battlemage was recently released on both PS4 and Xbox One, and while the game runs at 1080P at both consoles,  the game is one of the worst console ports released recently. 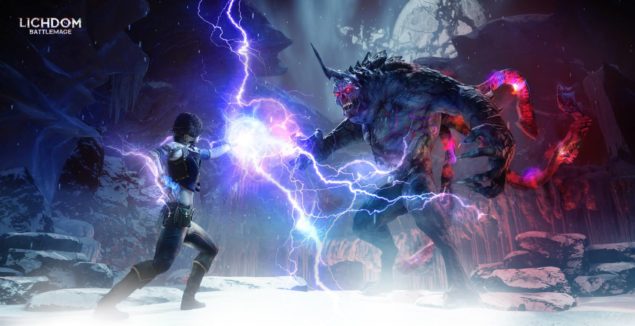 Lichdom Battlemage is based on the 2-year old PC version, and runs on Crytek's CryEngine 3. To its credit, the port manages to run at full HD on both the PS4 and Xbox One, but sacrifices seem to have been made to achieve this. Eurogamer's Digital Foundry put the Battlemage port on their test bench, and the results aren't too pretty.

There's no beating around the bush here - Lichdom is a game that rarely manages to deliver a frame-rate north of twenty frames per second. In fact, the PlayStation 4 clocks up an average frame-rate of just 15fps across the run of play, with dips as low as 10fps. On top of that, frame-time latencies can be astonishingly high with some remarkable stutter. We've run the rule over a multitude of titles since we started frame-rate testing console games back in 2008 - and we're pretty sure we've never seen anything quite as bad as this.

To make matters worse, if you're unlucky enough to play the game on Xbox One, you'll be treated to the same incredibly low frame-rate - and v-sync is disengaged too. The end result is a game with constant tearing - and it's a level of performance so poor that we actually found it difficult to look at the screen for more than a few minutes at a time. In comparison, while still very sluggish, v-sync is active on the PS4 version.

Digital Foundry wraps up the article by stating that the Battlemage port should have never been released on consoles in this state. "Selling a game like this for near full price is unfair to consumers. Still, if this looks like a game you'd like to try, the PC version is the way to go. Take a look at the video above to see the difference - the console version just doesn't deserve your time or money", according to Digital Foundry's John Linneman.

We reached out to publisher MaximumGames, but haven't received a response.