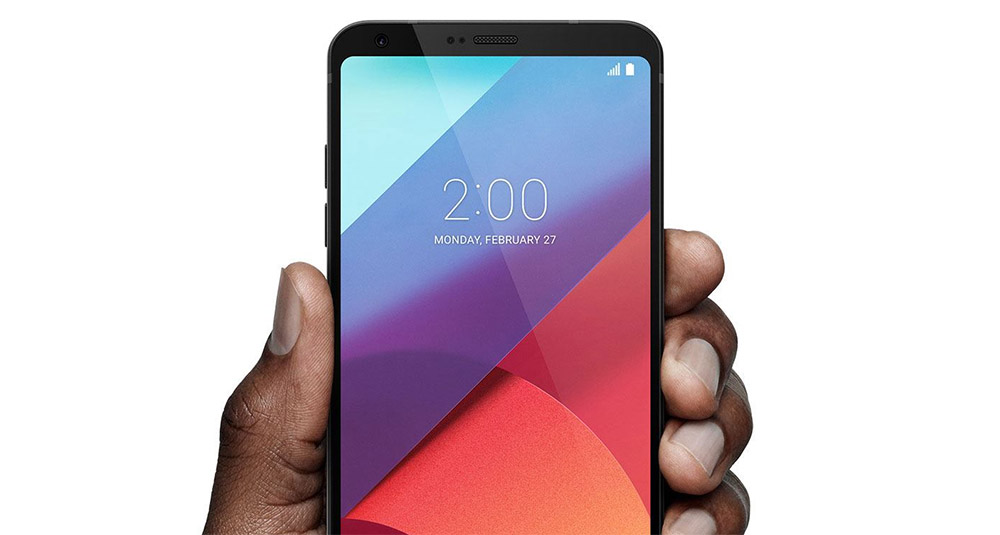 Even though the majority of leaks these days focus on the Galaxy Note 8 and the iPhone 8, we've got other devices lined up for the year as well. One of these is the LG V30, which will be the manufacturers first true flagship smartphone for the year. The company launched its LG G6 in 2017's first half and while the device does appear to be flagship, it still isn't. The LG G6 is powered by Qualcomm's Snapdragon 821, manufactured on the 14nm FinFET process. The company will utilize the latest Snapdragon 835 on the LG V30, and today we've got a benchmark confirming just that. Take a look below to find out more.

When we talk about the LG V30, the rumor mill's very optimistic. LG's been facing some troubles in its smartphone lineup over the past couple of years. The company's G5, launched last year had high hopes attached to it courtesy of a one-of-a-kind modular design. However, in a classic illustration of the market's disregard for the truly innovative, the LG G5 didn't fare too well in terms of overall sales.

LG reverted back to the traditional with the LG G6 and equipped the smartphone with an amazing 18.5:9 aspect ratio. However, as mentioned above, the smartphone didn't feature the Snapdragon 835, marking a huge lack. To that end, the LG V30 will more than compensate for the G6. The device is rumored with some very heavy duty specifications, which include the Snapdragon 835 and 6GB RAM. 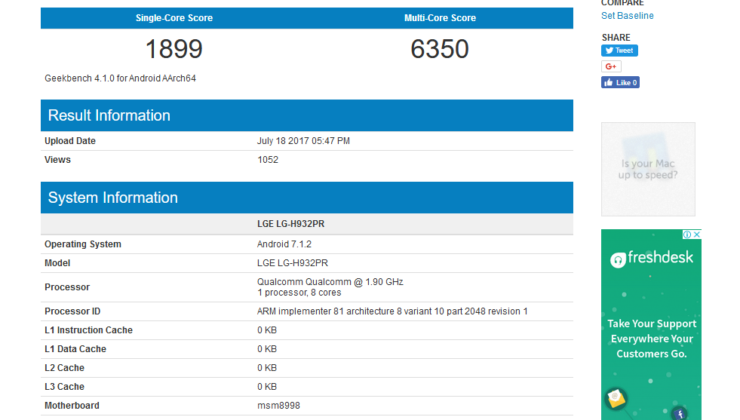 Today's leak on GeekBench confirms the Snapdragon 835 for the smartphone. However, it's also listed with 4GB RAM instead of the rumored 6GB. That's most likely due to a lower internal storage variant being tested here. Plus, things are far from final on the V30, so its likely that we're looking at a test device here. The smartphone's also rumored to feature an improved DAC over the LG V20, so audiophiles are in for a treat as well.

For its design, expect bare minimum bezels on the V30's front. The smartphone will also feature wireless charging and therefore be the complete flagship package from LG's end. However, rumors also expect the V lineup's signature secondary display to go out this year. Perhaps LG can't accommodate everything with the device's rumored OLED display. Thoughts? Let us know what you think in the comments section below and stay tuned. We'll keep you updated on the latest.