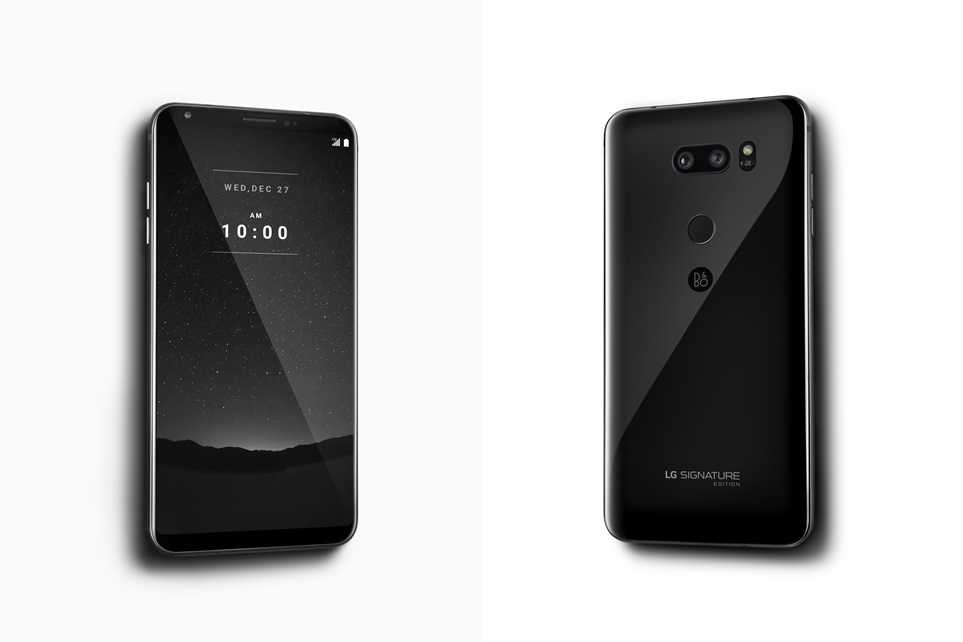 The LG V30 Signature Edition is an upgrade to the flagship that was released earlier this year and boasted hardware that would be able to take on the Galaxy Note 8. The latest model features more premium materials and will also come running the latest Google Android operating system update.

The LG V30 Signature Edition Features a Ceramic Back, Adding to Its Total Aesthetics Score and Is Also Running Android Oreo

Let us break down the differences between the LG V30 Signature Edition and the LG V30 and V30+. You get the same Snapdragon 835 but this time instead of having 4GB of RAM on the previously mentioned models, you get 6GB of RAM, allowing the latest iteration to keep multiple applications running in the background.

It also goes very generous on the storage front. You get 256GB of internal memory and you will also be able to expand that storage up to 2TB. Now, what is going to be the difference from the outside to compel users to upgrade? Well, you get a zirconium ceramic plate that is going to be extremely scratch-resistant but extremely brittle so take care not to drop the smartphone at any costs.

Another perk is that the flagship will be running Android Oreo 8.0, although it has been reported that LG is still testing out the software on this particular device. So what is going to be the drawback of getting the LG V30 Signature Edition? Well, apart from the fact that it is going to be expensive, there are only 300 units that are going to be produced.

Another thing, only South Korean customers will be able to get their hands on them although you can still order them via online stores.

Do you think this is a step-up from the original model? Tell us right away.