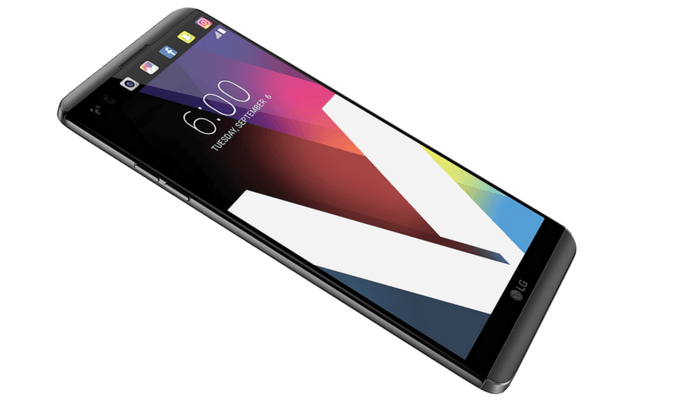 When we talk dual cameras, LG is king. The company was one of the first Android manufacturers to introduce the feature on its flagship smartphones. The LG G5 had one, the LG V20 had one and now the LG G6 has one. To top things up, the iPhone 7 Plus also has one and the rumored Galaxy Note 8 is also rumored to feature one. Not to be bogged down by competition, LG seems to have ambitious plans for its upcoming LG G6. Take a look below to find out more.

LG's already got one flagship out for the year. The company launched the LG G6 at the MWC and started off the 2017 flagship smartphone cycle. Sadly, like HTC, the device features the Snapdragon 835. Manufacturers are having trouble fabricating the processor and the limited quantities that are available will feature on the Galaxy S8 and S8+. In fact, apart from Sony's Xperia XZ Premium, no other manufacturer is using the processor for their flagship.

Now, we've got a fresh front panel for you today. Its source claims that it belongs to the LG V30. After disappointment with the LG G5 last year, the Korean manufacturer turned its attention to the V20 and equipped it with some pretty decent specifications. This year, the LG V30 will follow suit. The device will be the first smartphone from the company to feature the 10nm Snapdragon 835. It'll also shift to become LG's top-tier flagship smartphone for the year.

The alleged front panel for the LG V30 shows a dual camera for the device. On its front. That's a unique approach for a smartphone and will make the V30 the first mainstream flagship device with the feature. Other smartphones that have dual front cameras are the Vivo V5 Plus and the Bluboo D1. The latter is rumored to launch next month. As for the V30, expect LG to up its camera game significantly if this image does hold water.

As far as the practicality of having a dual front camera on a smartphone goes, we're not so sure. Most systems feature a single normal camera lens and a wide angle lens to make for greater detail in photographs. Safe to say, with a dual front camera, you'll be able to cram a lot of people in your selfies.Thoughts? Let us know what you think in the comments section below and stay tuned. WE'll keep you updated on the latest.