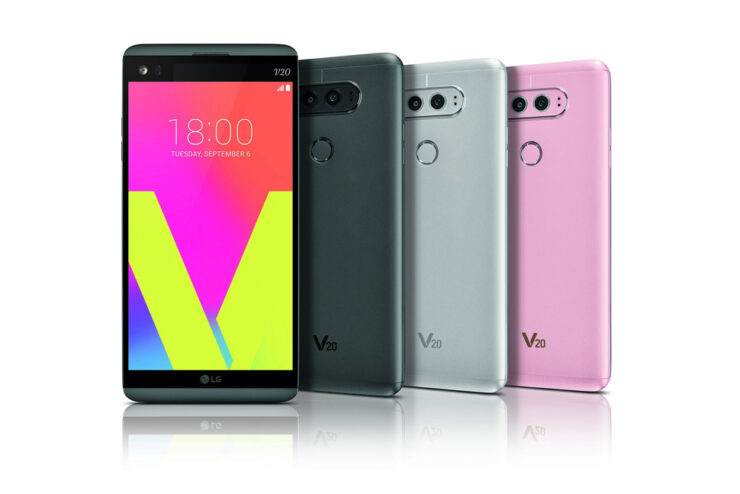 If the V30 becomes an overly expensive decision, the LG V20 is also a solid alternative as it features impressive hardware and feature pairing, and although it will not provide you with the same firepower as 2017’s flagships or a bezel-less display, its pricing will definitely catch your attention.

Despite featuring a Snapdragon 820, which is no match for the Snapdragon 835 and cannot hold a candle to the A11 Bionic, the LG V20 is still a solid contender when you look at its affordability. At $349, it features 64GB of onboard storage with a microSD card slot to expand that storage to up to 2TB, along with 4GB of RAM, a decent-sized battery capacity and camera features that will definitely make the price worth it.

It also one of the rare flagships of 2016 that provide a removable battery beneath its metal housing. The only drawback is that the phone does not feature any water-resistance certification nor does it provide support for wireless charging. What it does have, however, is a 3,200mAh cell and a 32-bit Hi-Fi Quad DAC, which will deliver superior sound quality.

Thanks to the larger percentage of bezels, the phone has a bigger footprint as opposed to several flagships of 2017 but you will find that the larger-sized body of the phone houses a decent battery capacity. It does not sport an OLED screen, unfortunately, but an IPS LCD one at that. It is also incorporated with a Snapdragon X12 LTE modem and unlike the iPhone 7, the modem’s downlink speeds are not going to be capped by the manufacturer.

A secondary screen is situated at the top and will provide you with a list of notifications on the fly and in many ways, it is better than having an ‘Always On’ display on OLED-touting smartphones.

For $349, do you believe this would be a good smartphone purchase for most? Tell us your thoughts down in the comments.