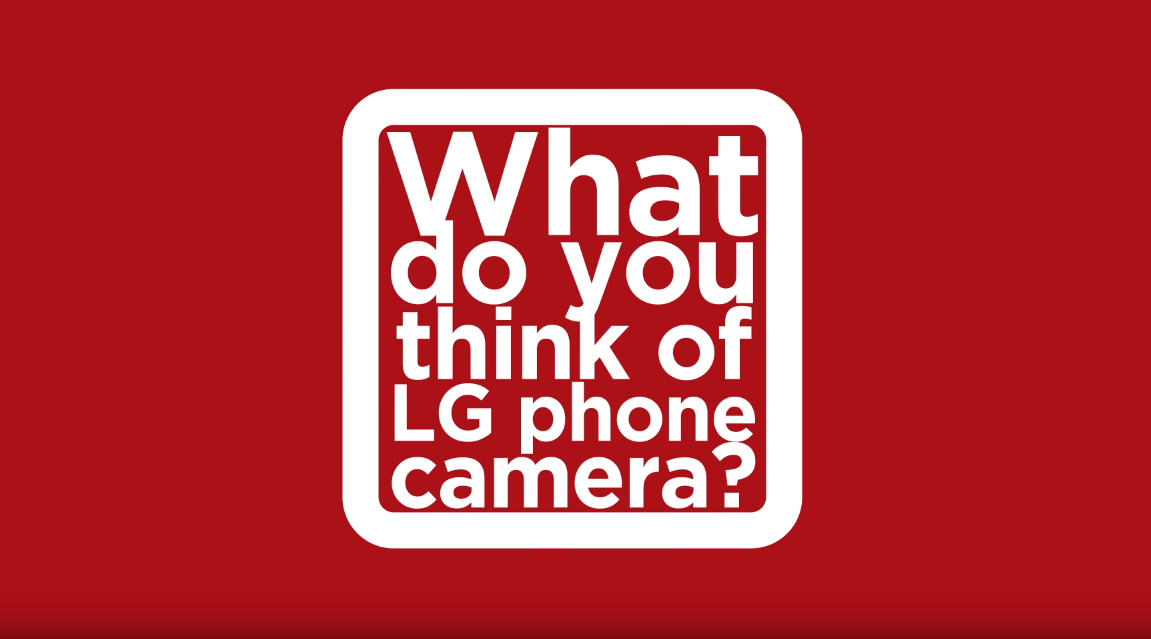 There’s no doubting that LG’s smartphone cameras have heavily improved in terms of both image and video quality and pairing them with a myriad of controls and options, you have got yourself a very tasty recipe of a computing device that can produce great results without the bulk or larger cameras to slow you down. LG has now released a new video where users of the company’s phones state which feature of the smartphone camera they enjoyed having on the device the most.

If you watch the video given below, you will see that a large percentage of users chose the ‘wide-angle’ lens feature on LG smartphones. For those that don’t know what that is, let me explain. The wide-angle lens (present on the G5) is a lens that allows you to capture more area by zooming out from the viewfinder. In this way, you will have a lot of material captured on that image as opposed to a regular smartphone camera lens. There’s also a video present right at the bottom to explain how this feature works.

Other users stated that their Instagram photos have really good quality while photography aficionados have praised the manual controls on the smartphones that give them in an in-depth look at the kind of quality they are going to get from the device’s rear shooters.

We’re hoping that LG retains those features while thoroughly improving the image and video quality on the upcoming G6. Since the flagship is going to be bigger and better in every manner possible, we feel that the company should give some polished touches to the camera side of the high-end offering as well. What is your favorite smartphone feature to use on LG handsets? Let us know down in the comments.