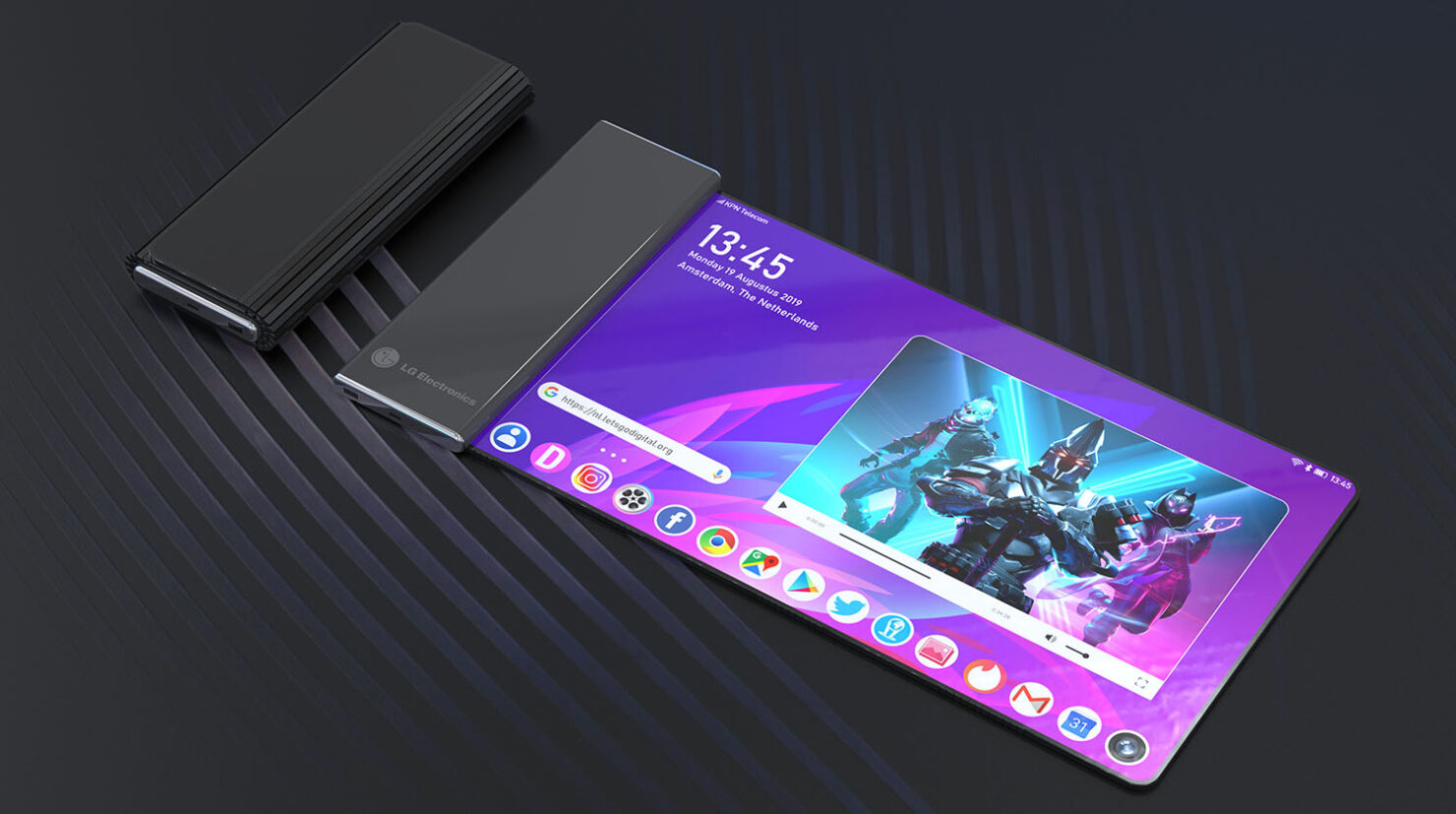 Where we have companies like Samsung and Huawei developing foldable smartphones, LG is expected to take a different approach for early 2021. According to the company’s CEO, Kwon Bong-seok, LG will launch a rollable smartphone, a new form factor that will extend the display sideways when required.

According to people familiar with the matter, the unnamed rollable smartphone’s display will reportedly be made by BOE, with LG supervising the production stages. The report published on The Elec claims that a rollable smartphone display isn’t necessarily going to be difficult to produce compared to a foldable display.

Where a foldable display is concerned, these need to bear continuous pressure from bending and that pressure is applied in a small area. Fortunately, rollable smartphone displays need to be extended, relieving some of that pressure, so improved longevity can be expected from this form factor.

A previous trademark filing spotted in 2019 suggested that LG wanted to produce smartphones with rollable displays, not foldable ones. Rather than compete with Samsung and Huawei and possibly lose a battle in the smartphone space once more, LG is likely targeting a brand new niche, one that hopefully will entice customers and increase user base over time. However, the one thing that will discourage potential customers is the pricing and taking the Galaxy Fold’s $1,980 price as an example, if LG is eyeing the same range, it might not help its smartphone business one bit.

While the company CEO has said that an early 2021 launch is the targeted timeline, most commercial products go through three to four trial productions beforehand. Approximately one thousand to two thousand units are produced in one trial production session and depending on the quality of the product, it could arrive sooner or much later to the market.

Assuming CES 2021 or MWC 2021 doesn’t get canceled, we can expect LG and its executives to show up at one of these events to provide more information regarding its rollable smartphone model. Hopefully, by then, we’ll have more information to share with our readers, so stay tuned.