Even though the tablets market has been reported to be seeing a downfall in sales and market popularity, that doesn't seem to be stopping manufacturers from launching their new offerings for customers. Samsung just recently announced the much needed and hyped about upgrades to the Galaxy Tab S, in the form of the Galaxy Tab S2. They finally featured an upgrade in many core areas of the tablets, but didn't come with the Exynos 7420 as expected. Well, some new features have been posted today about the LG G Pad 2 and they can be seen below. 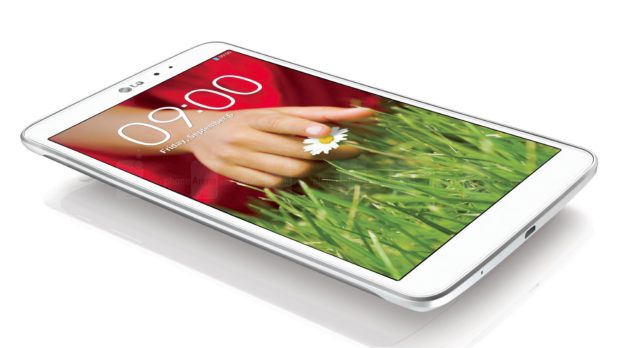 Leaksfly is back today folks, and this time he has some information about LG's upgrade to the G Pad. The last G Pad was launched by LG in 2013, and according to Leaksfly the device will come with a screen size of 8.3 inches. It'll be powered by the Snapdragon 805, which should leave the device rather underpowered when it comes to today's devices. But since its a tablet, we'd expect performance to be judged in other areas as well.

Screen resolution for the G Pad 2 is expected to be at 1080p with the Snapdragon 805 being supplemented by 3 GB of RAM. It'll also come with 32 GB of internal storage, and come with rear and front camera resolutions of 8 and 5 MP respectively. Sounds quite decent enough and we wouldn't expect the pricing of the G Pad 2 to be that high either. Leaksfly also claims that the G Pad 2 will be launched by LG this October, so the company has quite a lot of time to develop it as well. We're going to see a lot of product launches in the next couple of months, so stay tuned and let us know what you think in the comments section below.