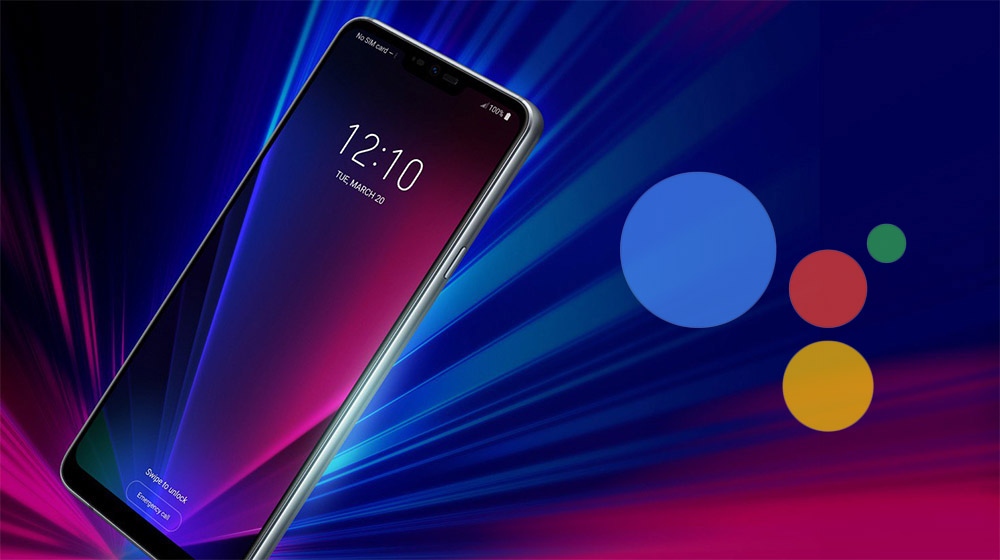 With nearly a week left before its launch, the LG G7 ThinQ features regularly on the rumor mill. We've got a fair idea of what to expect from the smartphone, and by the looks of things so far, it'll have little to impress. The LG G7 ThinQ is shaping out just like any generic Android flagship; a fact unlikely to help the company with the strong comeback that it desperately needs. On that note, we've got a fresh benchmark leak today. Take a look below to find out more.

The LG G7 ThinQ Surfaces On GeekBench With A 2312 Single And 8979 Multi-Core Score; Device Running Qualcomm's Snapdragon 845 And A Disappointing 4GB Of RAM

Right now, we've got a fair idea of what to expect LG on the upcoming G7 ThinQ. Following a disappointing performance in the smartphone world over the past couple of years, the company will take a different approach in 2018. It will consolidate the G7 under its ThinQ gadget lineup and launch the device at a time where it can take full advantage of Samsung's annual Galaxy S sales slowdown.

However, if you were expecting some unique features from LG's end to differentiate the G7 from its counterparts, we've got some more disappointing news for you today. A lot of sources have speculated that the smartphone will follow Samsung's Galaxy S9 lineup in terms of hardware specifications. Today, a GeekBench listing adds more weight to them. 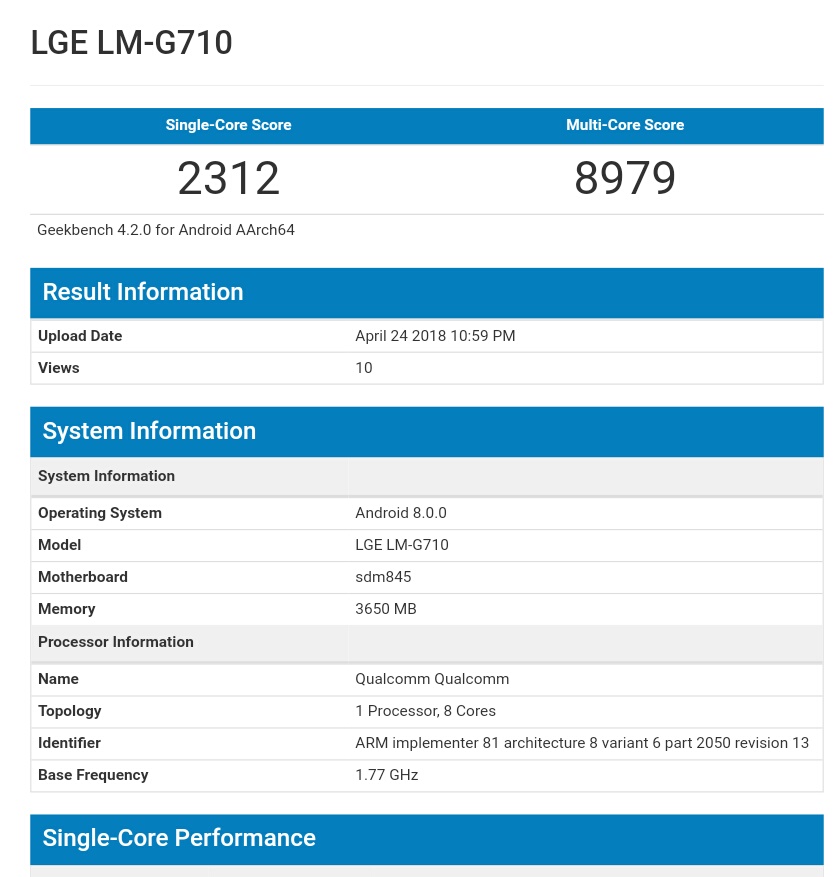 A device dubbed as LGE LM-G710 has surfaced on GeekBench today, with Qualcomm's Snapdragon 845 and approximately 4GB RAM. While we can say for sure that it is the LG G7, the scores aren't what you'd expect from a device with that much responsibility on its shoulders. The LG G7 ThinQ scores 2312 points in single core and 8979 points in multi core results. These are less than what the Galaxy S9 achieves with similar hardware.

If these results resemble post-launch performance, then users will have little incentive to go for LG's latest smartphone. After all, Samsung offers quite a lot of features on the Galaxy S9/Galaxy S9+, particularly in the rear camera department. Of course, we'll have to reserve our judgments until the LG G7ThinQ is available for thorough testing. Till then, stay tuned and let us know what you think in the comments section below. We'll keep you updated on the latest.