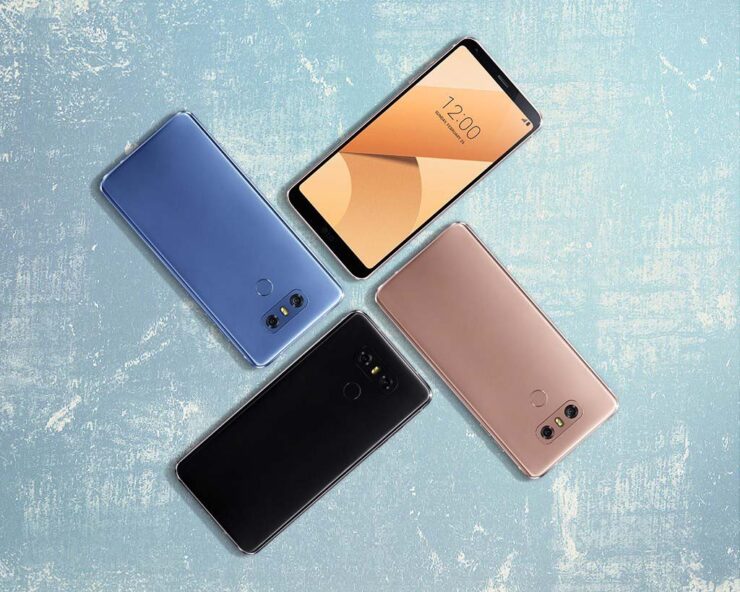 LG G7 ThinQ will appear as a rather strange flagship name to the natural ear, but if you recall, the V30s ThinQ was unveiled during the MWC 2018 trade show and it featured the company’s algorithms in order to make the device much smarter than the original models.

With the LG G7 ThinQ, not only shall we get to see better internals, but the Korean giant might be focusing its attention on AI to allow the flagship to deliver a more seamless experience when taking advantage of its impressive features.

To the relief of many, the 3.5mm audio jack looks to be retained on the LG G7 ThinQ but it was Evleaks who first spilled the beans on what is going to be the official name of the upcoming flagship. The term ‘ThinQ’ could suggest that the handset will come with the company’s AI initiative.

Yesterday, CAD renderings of the smartphone popped up, showing a dual-rear camera system with 16MP + 16MP dual sensors with a F/1.5 aperture, as seen on Galaxy S9. However, it remains to be seen if it will be a variable aperture or not, but in the coming months, we will get to know very soon.

Coming back to the AI elements of the phone, the LG G7 ThinQ’s camera could take advantage of artificial intelligence that will adjust the colors of the image and video according to the surrounding light and environment to produce the best possible results.

The LG G7 ThinQ will also feature a glass and metal chassis, thus giving it support for wireless charging. The hardware specifications we all know by now. The phone will be powered by Qualcomm’s Snapdragon 845 SoC and will be complemented with 4GB of RAM and 64GB of internal memory. We should also expect 6GB of RAM and 128GB on the G7+, but it could cost $100 more than the regular version and might also feature an OLED display.

Do you think this is the right name for the LG G7 ThinQ to prepare to enter the flagship market? Tell us down in the comments.