We've been hearing some word about the LG G4 over the past couple of months, with the device expected to be with us by the end of April. LG's reportedly been looking to take a different approach on the G4 when compared to its previous flagship and the industry in general, and a stylus on the LG G4 looks like one of the ways the company is hoping to achieve that. 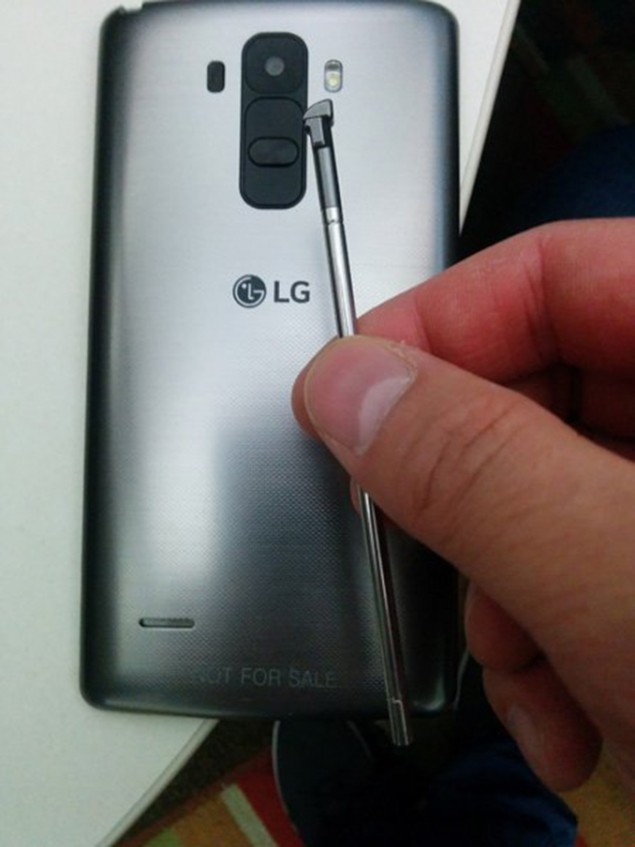 SteveO of NWE is back today with his component leaks, and this time its the LG G4 that has caught the blogger's famous attention. LG's G4 has been an interesting device indeed, with several variations it already floating around the internet. Aside from the G4, which is expected to be the G3's successor, we have also been hearing quite a lot about the LG G4 Note, the LG G4 and the mid-ranger, the LG G4 's', with the alphabet subset denoting the term stylus.

So the image above could in reality belong to any of LG's rumored devices for this year, but we'd be putting our money on the LG G4s, which could end up being the successor to the limited market LG G3s launched by the company last year. Given that styluses have been going out of fashion in flagship smartphones over the years, its highly unlikely for LG to pair its flagship smartphone with an external aid component as well. To refresh your memory, the LG G4 is expected to come with the Snapdragon 810 on board, coupled with 2K resolution and a 16 MP rear camera. With all the speculation going around, there's also been word about plastic on the LG G4, but we'd hardly expect that to materialize. So stay tuned, we'll keep you updated and let us know what you think in the comments section.