After yesterday's massive outing of the LG G4 that showed the device paired with the hexa-core Snapdragon 808, rather than the expected Snapdragon 810, more sources have started to speak up about the device's future. To recap, the LG G4 saw its first posting on the GFXBench website yesterday, that detailed it with all the expected specifications so far, apart from the processor. The processor on the device was listed as the Snapdragon 808, Qualcomm's lesser powerful, hexa-core variant of the SoC that comes with four Cortex-A53 and two Cortex A57, rather than the quad Cortex A57 package the 810 is. 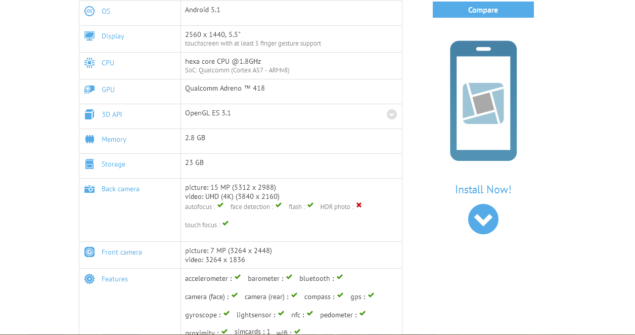 The Korean media is back, this time with word on the LG G4. After yesterday's benchmark listing hinted that the Korean manufacturer might be looking to launch the LG G4 with the Snapdragon 808, instead the 810, industry sources are now further corroborating this information. Qualcomm's been unable to solve the overheating issues on the Snapdragon 810 and what's more is that the same source is also claiming that the Snapdragon 810's overheating issues won't be solved until after June this year, meaning that any release schedule for the LG G4 that might have involved the octa-core SoC is too far out of sight. 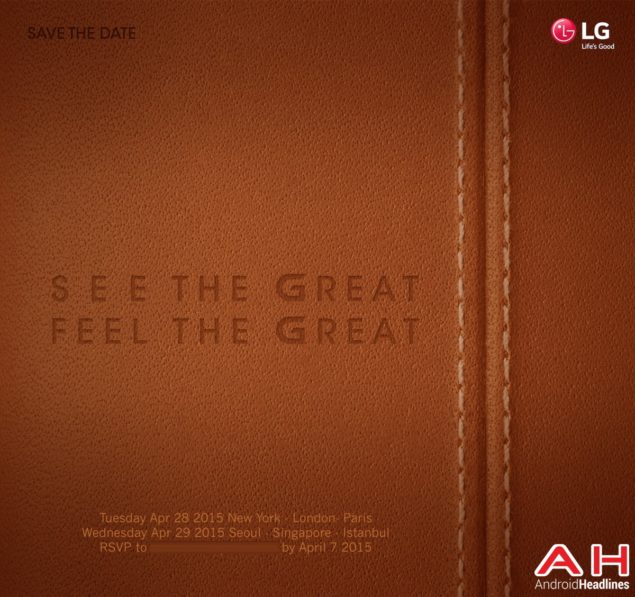 And while we're on a schedule for the LG G4, the company's already sent out invites for a launch event. The event, as has also been rumored for the LG G4's launch, will be taking place at the end of April, or on April 28th for New York, London and Paris and on April 29th for Seoul, Singapore and Istanbul. So at first we get to hear about the LG G4 not featuring the Snapdragon 810 due to persistent overheating issues and now LG sends out invites for an event. Looks like the LG G4 won't be featuring a top-tier processor for flagships, with the real question remaining about LG's plans for the much hyped about G4 Note. We'll find out soon enough as things get more clearer. Stay tuned and let us know what you think in the comments section.