Previously, a leak reported by us stated that LG G4 Pro was going to sport a Snapdragon 820 and 4GB of RAM. While it will not be sporting Qualcomm’s 14nm FinFET chipset, it does have other impressive specifications, which you will find out shortly. 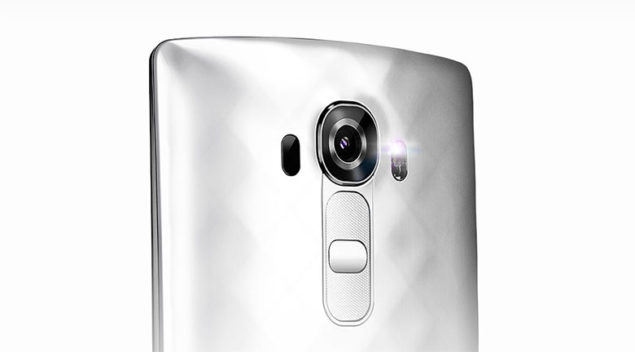 LG G4 Pro Has A Snapdragon 810 SoC, Along With 4GB Of RAM And A Very Impressive Rear Camera Sensor

LG G4 Pro will serve as the successor of G4, which obviously means that it is going to feature much better hardware compared to its predecessor. While G4 was incorporated with a Snapdragon 808, its successor is surprisingly going to sport the same SoC, and it states that the clock speed of Cortex-A57 cores will be running at a speed of 1.8GHz.

LG has prevented to incorporate a Snapdragon 810 primarily because of its overheating issue, which is a smart move on the company's part. However, a far better chipset solution would have been Helio X20, and what is really appalling is that companies continue to use Snapdragon 808 and 810 when they know that their mobile products can easily display more performance if they have MediaTek’s flagship chipset running inside them. No doubt companies have their reasons to continuously incorporate Snapdragon 808, so critics will definitely be jumping upon an opportunity to see if the device will heat up. 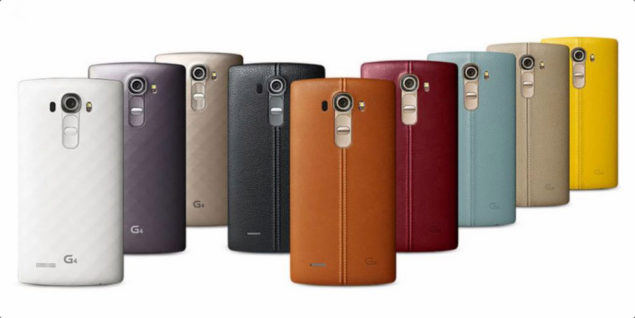 Additional hardware specifications listed on Geekbench shows 4GB of RAM, which is a whole GB higher than what is present on G4. While the memory type was not listed in the specifications sheet, it is possible that the RAM present inside the smartphone will be running at LPDDR4 speeds. There is also a 16MP rear camera sensor that will be able to capture 4K videos, but surprisingly, there is no feature to snap HDR photographs.

A 5MP front camera is also present, and according to the information that we can see from the sheet, LG G4 Pro is going to feature 64GB of on-board storage. Android Lollipop 5.1.1 will be running on the handset, which only means that it will be lined up for an Android Marshmallow update. Unfortunately, there was no information provided as to when the smartphone is going to be released, but it is possible that LG G4 Pro is slated to be unveiled during the month of November. 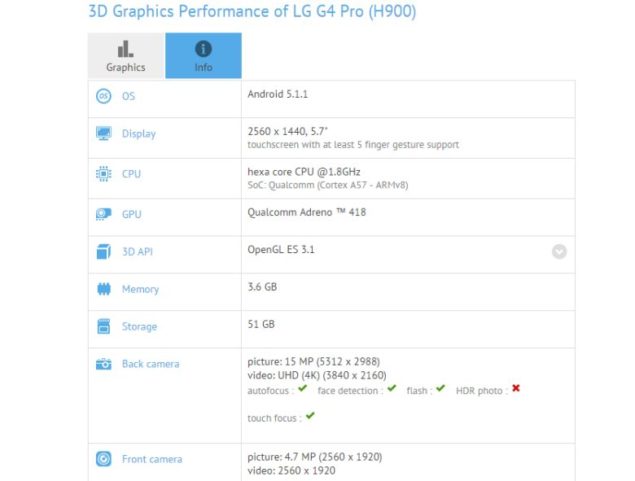 Are you excited to see the successor of LG G4? Let us know your thoughts.