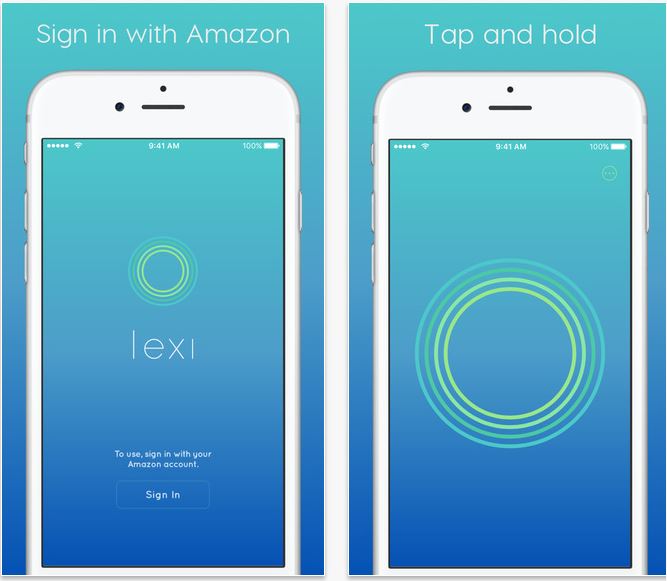 In the widely accepted market of virtual assistants, the most popular ones are Apple's Siri, Cortana and the Google assistant. However, there are a lot of those who are beginning to drool over Amazon Echo and its surprisingly dependent voice assistant - Alexa. Currently, you need to own an Amazon Echo to see what Alexa is capable of and it comes at a hefty price tag of $180. However, if you're deeply obsessed with Alexa, but you don't want to pay the bulky price, download Lexi from the App Store.

Lexi Is Alexa For The iPhone

That's right! In just $4.99, you can test out Alexa on your iPhone. Lexi is a third party app for your iPhone that lets you make use of not all, but most of the Amazon Echo features. From basic tasks such asking for the weather and when is the next match of your favorite baseball team to ordering stuff from Amazon, Lexi is all ears for you. The operation to speak to Lexi is fairly simple as well. All you have to do is press and hold on the screen and say your command.

Once you install the app, the first thing that you are required to do is sign in with your Amazon account. Then all you have to do is authenticate from the account to add Lexi as a 'device' that supports Amazon's Alexa. The voice recognition is pretty great and it is easily able to pick what you're saying very easily.

Moreover, you also have the ability to customize Lexi. Other than this, it also gives you an option to integrate the service with other third party apps, however, you'll need to set it up using the Alexa app. Third party integration includes apps like Spotify and more.

Even though Lexi is great and all, it lacks core integration with the operating system. Moreover, every time you need to use Lexi, you have to open the app instead of launching it via your voice command or any way. So in short, Lexi lacks core operating system functions. Nonetheless, you can still accomplish a lot using the app, especially if you're fed up from your host virtual assistant on your iPhone - Siri.