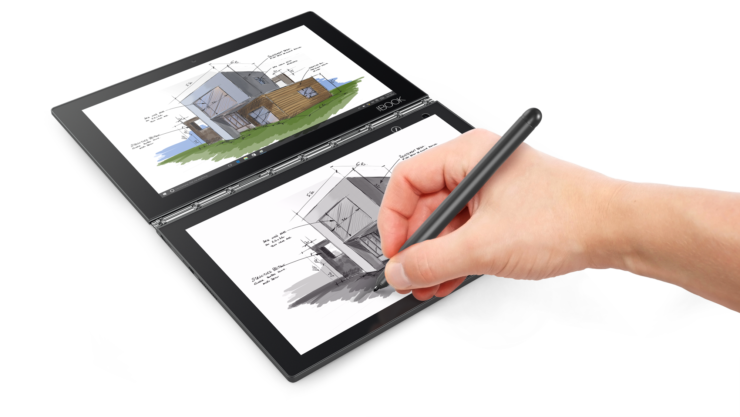 With both the Windows and Android version of the Yoga Book already launched this year, Lenovo is all set to complete the entire set and introduce a Chrome OS variant during 2017. The Chrome OS could serve as a cheaper solution for users who want to take notes, do a small amount of word processing as well as browse the internet.

The word comes from Jeff Meredith, who is the Vice President and General Manager of Lenovo’s Android and Chrome Computing Business Group, and he states that the Chinese tech giant’s product will serve as an advantage in education.

“We've had a lot of interest. It’s an interesting idea for education, especially with the form factor. Over time, we probably see the Android and Chrome versions melding together, especially based on the fact that we've now seen Chrome roll out the Google Play store capability into Chrome. We'll probably maintain the three distinctive products throughout this year at least.”

According to the executive, the Real Pen that comes with the Yoga Book will work in the same manner as it does with the Android variant. In short, you will be able to take notes or sketch on either a paper pad that magnetically attaches to the system or use the pen directly on the bottom half of the Yoga Book, which is called the Create Pad. A little fun fact for users who are preparing to purchase the Yoga Book; the pen accessory delivers 2,048 levels of pressure sensitivity.

Pricing details have not been divulged by Meredith, but the individual does state that there are over a 100 employees who are working to further improve the software of the Yoga Book. Keep in mind that the notebook does not feature a physical keyboard, and the keys are displayed in a similar fashion to that on a smartphone. Though you get the vibrational feedback, it is still not the same as the actual tactile feedback, so know beforehand what you’re going to purchase.